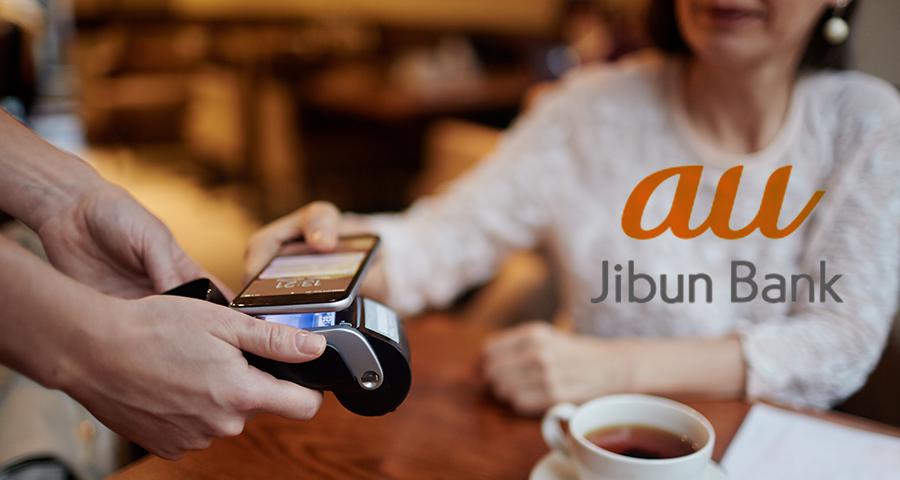 As a bank with an entirely online presence, au Jibun Bank provides a wide array of smartphone banking services including deposits, loans, payments and currency exchanges with a full bank license obtained in early 2008. The au Jibun Bank was founded as a joint venture between KDDI, the second-largest telecom carrier who runs their business under the brand name ‘au’ in Japan, and MUFG Bank, the largest commercial bank in Japan.

The au Jibun Bank has been a pioneer in the mobile banking field, by providing customers with a useful smartphone app that is both easy and fun to use. It's a one-stop app that is home to all the company's most recent innovations.

Some of the most innovative services of au Jibun Bank are the ones using artificial intelligence (AI) technology for foreign currency savings. These AI services support Japanese customers who want to deposit foreign currencies into their au Jibun Bank’s accounts. They can currently choose from 5 different currencies: US dollar, Euro, Australian dollar, South African rand and New Zealand dollar.

‘AI Prediction of Foreign Currency Rate’ (released in June 2017) is a service that predicts the future rate of foreign currencies in order to support customers’ investment activities. It predicts the rate-to-come within an hour, within a business day or within 5 business days, then shows the results using emoticons on the customers’ smartphone apps. This service adapted machine learning and image feature extraction technologies to analyse huge datasets of historical exchange rates to provide forecasts that were as up to date and accurate as possible.

Another service is ‘AI Automatic Savings of Foreign Currency’ (released in March 2018), which allows AI to execute automatic deposit transaction for foreign currency savings at the best single moment of that month.

The accuracy of AI deposit execution is constantly being improved through deep learning of all the latest market data.

These unique AI-powered services have won au Jibun Bank several awards and accolades from around the world, proving the value of investing in technology, as well as recognising the company's skills, commitment, creativity and execution.

These services were developed in collaboration with AlpacaJapan Co. Ltd., a start-up company with advanced AI expertise.

Withdrawing cash with a phone

Another advanced service of au Jibun Bank is ‘Smartphone ATM’ (released in March 2017) which allows customers to withdraw or to deposit money at a Seven Bank’s ATM, by simply scanning a QR-code displayed on their smartphone screen – no need to carry traditional cash card! People could find its ATM at various places, such as at Seven-Eleven, Ito-Yokado (one of the Japanese general merchandising stores, under the Seven & i Group), as well as airports, stations, and branches of financial institutions – the total number of its ATMs exceeded 25,000 in 2019 and is only expected to increase.

As cash is still a king with a strong reputation for being reliable in Japan, it is quite common among people to withdraw money from ATMs located at convenience stores, which they would be able to find almost anywhere nationwide. With its high accessibility and friendly usability, the number of users has exceeded 100,000, and it was the first of its kind in Japan to allow customers to withdraw or to deposit money using smartphones at a nationwide level.

As a member of the au Financial Group, au Jibun Bank aims to enhance their services more to support people’s life design from financial aspects, including their asset management.

As a part of this strategy, au Jibun Bank partnered with IHS Markit in July 2019 by sponsoring Japan PMI (Purchasing Managers’ Index) surveys.

The au Jibun Bank Japan PMI is compiled by IHS Markit, based on data collected monthly from around 800 purchasing or other senior managers in Japan and covers both manufacturing and service sectors.

The panel is stratified by detailed sector and company workforce size, based on contributions to GDP. The au Jibun Bank Japan PMI would provide an early insight into the health of the economy. In order to support and to expand individual customers’ investment activities, au Jibun Bank also has a plan to develop app options that share content related to its PMI in the very near future.

Within the banking industry, where opening up the banking system Application Programming Interfaces (APIs) is becoming crucial, au Jibun Bank has been proactive in collaborating with other market participants, not only with other au Financial Group companies but also with other players who provide financial services.

Further down the road, the au Jibun bank will not limit itself to act as a service builder but will expand their services by bridging the transactions with others, in order to accompany each of its customers on a lifelong journey.