Bank of America: Overview and Analysis 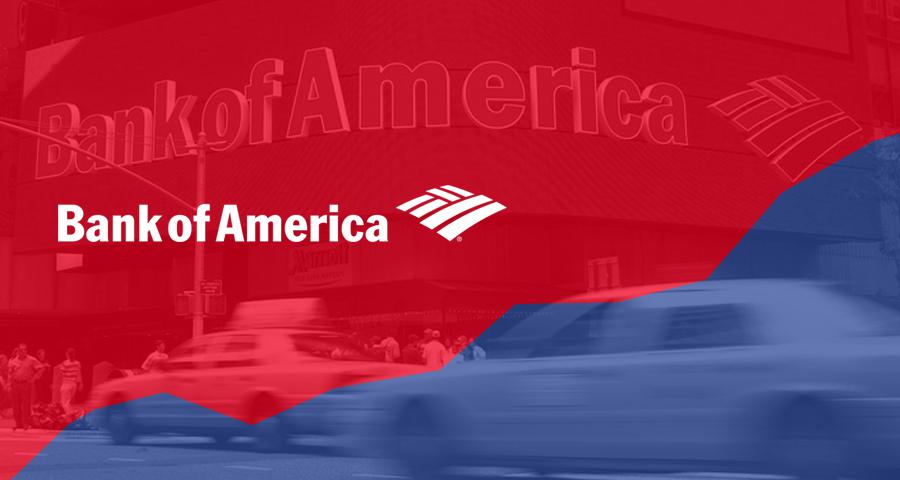 Bank of America is a financial services multinational and is the second-largest bank in the United States in terms of assets. After the acquisition of Merrill Lynch in 2008, it became the largest wealth management corporation in the world. Bank of America reeled in a profit of $6.9 billion USD in the first three months of 2018.

Bank of America faced numerous lawsuits for its part in the 2008 mortgage crisis that contributed to the Great Recession. In August 2014, Bank of America settled mortgage claims for almost $17 billion USD in the largest corporate settlement in U.S. history. On April 10th, 2018, the company stepped into the American gun control debate by saying it would stop financing manufacturers of “military-style guns,” such as the AR-15.

The company’s stock experienced a powerful uptrend from November of 2016 to March of 2017, that produced a long series of free candles above the Keltner channel and remained in overbought territory on the Relative Strength Index for that entire period. This uptrend ended in March 2017 after impatience with President Trump’s tax and regulatory reforms caused a lowered valuation of the banking sector.

Trading in the stock then turned sideways until September 2017, at which point another strong trend began. This trend also ended in March, one year after the first trend termination, after a selloff prompted by tariff fears across the entire equities market. 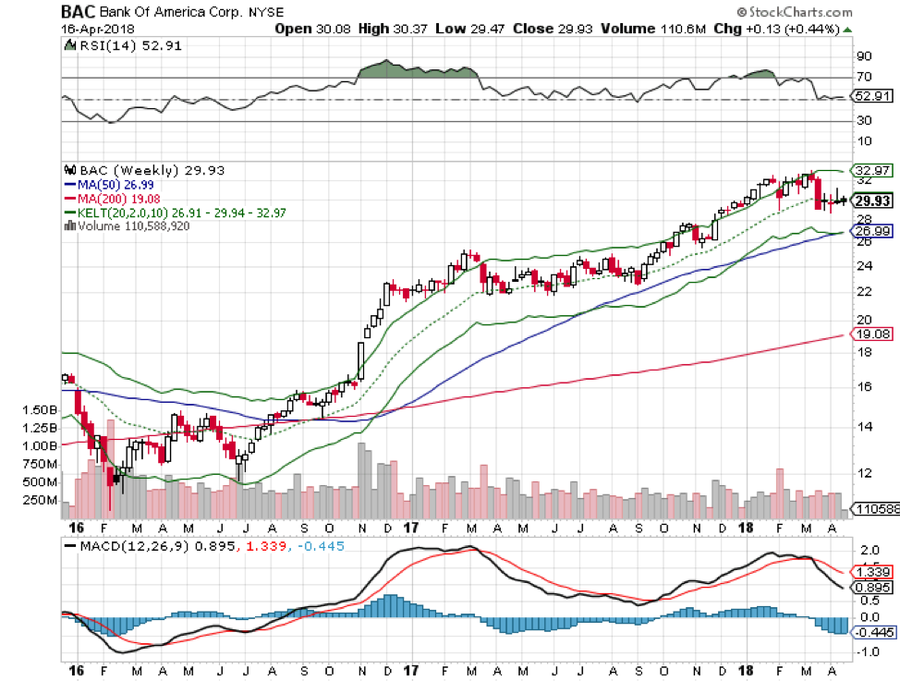 Looking at this weekly chart reveals a bearish divergence in the MACD, which could provide a technical justification for the current downtrend. The conditions also produced other bearish signals: an overbought RSI as well as free candles above the upper bound of the Keltner channel as well.

Bank of America’s PE ratio has recently been in the 19-20 range, making it higher than at any time since 2015. This is higher than both JPMorgan Chase or Wells Fargo, with PE ratios of 15.66 and 12.04 respectively. These PE ratios are low when compared to other sectors in the market however. Profits are very strong and beat expectations by 3 cents a share on April 16th, 2018. Despite this strong earnings report, traders responded in a muted fashion, with BAC only rising 0.4% on the day.

With ongoing tariff concerns amid the accelerating trade war between the U.S. and China, the stock may go sideways until the issues are resolved, but if this level of profit continues, the market will eventually take notice.