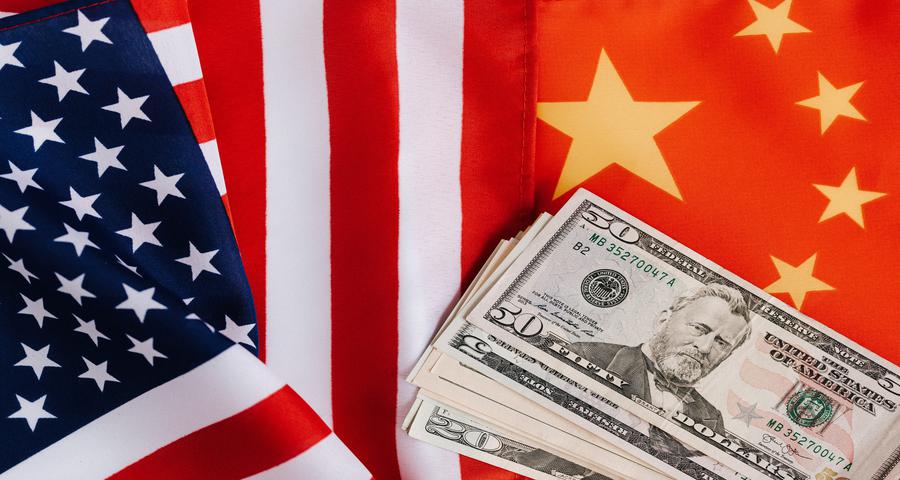 According to UN figures released on Sunday, new investments into America from overseas companies fell by almost half last year, leading to the loss of its number one status.

China had $163bn (£119bn) in inflows last year, compared to $134bn attracted by the US, the United Nations Conference on Trade and Development (UNCTAD) said in its report.

Experts say the figures underline China's move toward the center of the global economy which has long been dominated by the US.

China, currently involved in a trade war with the US, has been predicted to leapfrog it to the number one position by 2028, according to the UK-based Centre for Economics and Business Research (CEBR).

The Trump administration encouraged American to re-establish operations in the US.

It also warned Chinese companies and investors that they would face new scrutiny when investing in America, based on national security grounds.

Investment in China has continued to rise, while in the US it has fallen each year since 2017.

While the US economy has been struggling since the Covid-19 outbreak last year, China's economy has picked up speed.

China's economic growth, measured in gross domestic product (GDP), grew 2.3% in 2020, official data showed this month. This makes China the only major economy in the world to avoid a contraction last year.

Overall, global foreign direct investment (FDI) dropped dramatically in 2020, falling by 42%, according to the UNCTAD report.

FDI normally involves one company taking control of an overseas one, typically through a merger or acquisition.