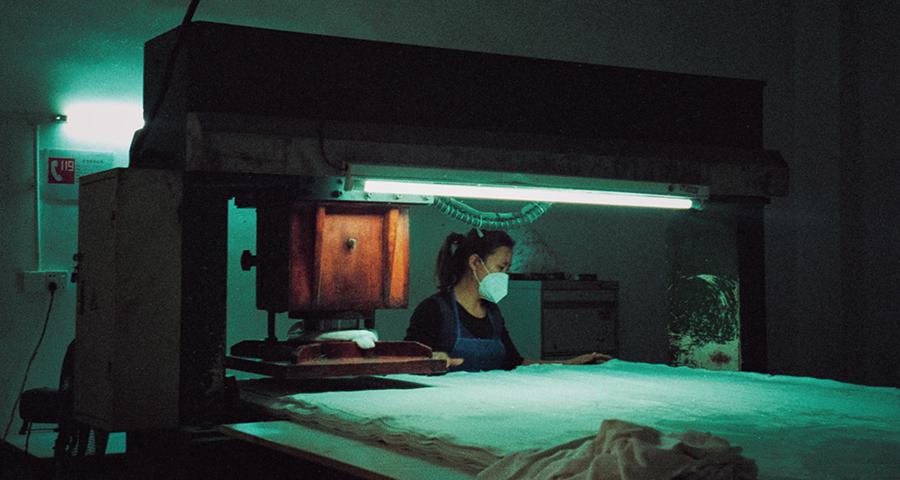 While much of the world was still in the throes of the coronavirus that originated in the city of Wuhan, China declared itself open for business. Chinese factories began roaring back to life, even though serious concerns about the virus coming back continued.

Transportation in and around Beijing has been strictly limited. The movement of foreigners has been restricted due to fears of additional cases being imported back in. In the Hubei province itself, even though there are no new cases, officials seem to be taking the risk seriously. The province continues to maintain the strictest emergency response measures.

Railway stations have escalated their protocols for disinfection and inspection across the entire county, as it is expected that many of those who have been trapped in Hubei will begin to venture outside to the rest of China. Other cities have said that these people will have to self-quarantine and endure regular rounds of testing to prevent the possible spread of the virus.

In the city of Wuhan, those residents who have been tested for the virus are assigned QR codes through a government app. Those who are free of symptoms and have passed a test of the coronavirus, their QR code will show up as green, giving them permission to leave their homes. Those residents without a green QR code continued to be limited in their movement. Despite these measures and the fact that residents are often checked for temperature when arriving or leaving a business, the knowledge that people can be contagious without being symptomatic leads to persistent suspicion.

Challenges of Re-Opening the Economy

Since the virus originated in China and cases first appeared here months before they did elsewhere, the timeline of the virus puts China ahead of much of the world. China, therefore, offers a glimpse into the future for countries still suffering from the pandemic at what restarting their economies could look like. U.S. President Donald Trump continues to push for the reopening of the economy sooner rather than later, despite the advice of public health officials who have offered timetables as late as November for returning to any semblance of normal life. Such impatience with the lockdown was also seen in members of Chinese Politburo as early as late February. Perhaps, China’s plan is a compromise between these two approaches and shows how to reopen an economy before the virus has completely disappeared.

The world was much impressed by the management of the virus by countries like Singapore, Hong Kong, Taiwan, and South Korea. Just as these countries had flattened the curve and began to resume their normal lives, the number of cases began to rise again. It was discovered that the coronavirus was being reimported back to Asia from the U.S. and Europe. Whether a second wave of coronavirus is spreading through China is hard to tell, especially since much of the world already questions the official government numbers of the first wave.

One of the challenges of returning to normal production levels is that much of the country returned home for the spring festival just before the lockdown began. This meant that they were trapped at home and were unable to come to work. The production centres on the coast then chartered transportation to bring these workers back from the inland on trains and buses. It is difficult to say exactly how efficient the operations of the factories are. There are reports that officials were told to embellish their firms’ performance. When an analysis of the electricity usage of factories by government officials was done, some of these factories were told to power up idle equipment in order to make the electricity usage fit the narrative that all is well.

Various strategies are being employed to prevent workers from potentially spreading the virus. One factory in Jiangsu is dividing employees into separate units to keep the workers separated from each other. These units eat, work and sleep in separate areas. As the facilities are not designed for this level of separation, this arrangement is understandably hard to manage.

The Chinese central bank has so far avoided the massive stimulus plans proposed in the EU and the U.S. But large parts of these stimulus plans were to prop up industries like the airlines. The Chinese government owns so much of the economy that such measures are simply not necessary.

Waiting for the West to Recover?

The demand for Chinese exports has been greatly decreased due to the global pandemic. However, things are better off for China than they were during the global financial crisis that occurred from 2007 through 2009. This is because domestic consumption now plays a far more significant role than exports do. But domestic demand is also low because of the lockdown. And even with the lockdown ending, many continue to avoid large gatherings of people. Furthermore, the lockdown has also prevented people from going to work and their income has been affected.

Many provinces have finally reduced their alert levels and even Hubei province is allowing people outside the capital city to travel. It will take time for the population to build up enough confidence in the economy to begin spending again. Once the West has overcome the pandemic, its demand for Chinese manufacturing goods should return. However, factories that produce goods for the West are facing order cancellations, which will also negatively impact the income of Chinese citizens and reduce their ability to spend.

The future after COVID-19

COVID-19 began in Wuhan, China and while China appears to have overcome the virus as a country, it has yet to overcome it as an economy. It must act decisively to ramp up its production without sparking a second wave of coronavirus due to workers being in close contact and through the import of the virus back from the rest of the world. The Chinese domestic market is now a major force in the Chinese economy, but the decreased demand from the West is causing orders to be cancelled. It will be interesting to see if the recovery of the Chinese domestic market can keep China going long enough for Western demand to come back.