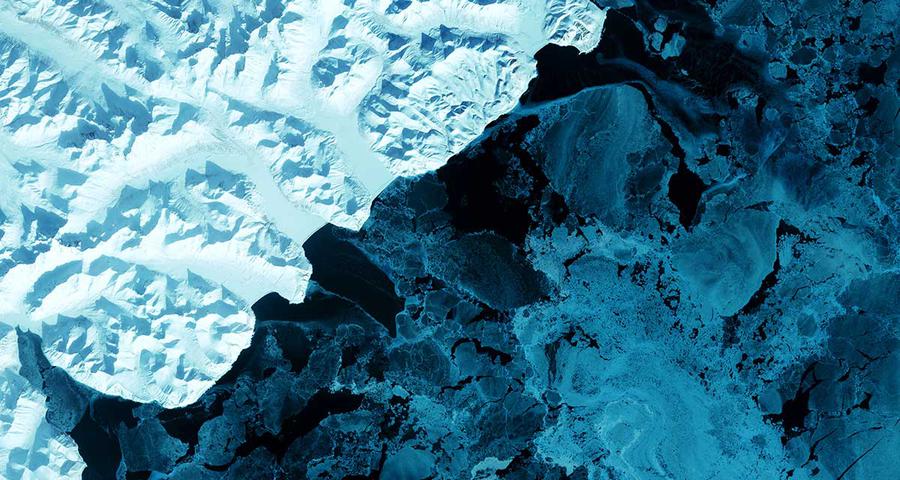 Climate-linked natural disasters and increasingly gloomy scientific outlooks are pushing the international business community to think more about climate risk, as governments start to factor it into their policies.

The effects of climate change - which include extreme weather events and higher temperatures - are becoming more pronounced and more worrying, leading to growing concerns about their human and economic impact.

According to the World Economic Forum’s 2020 Global Risks Report, environmental factors top the list, although the virus outbreak has to some extent replaced those concerns in the most recent rankings.

Some sectors and businesses are more exposed to climate breakdown than others: European companies that rely on inland shipping are at risk because of drought, while gas and nuclear power stations cannot run at full capacity when the mercury rises too quickly.

That is why there is now a trend of businesses being asked to disclose their climate risks, so that investors can build long-term trust in projects without fear that they are, for example, funding soon-to-be stranded assets.

Aside from the business side of matters, regulators want climate risks declared so that global and regional emissions-cutting targets can be met. Without the involvement of companies in that process, vulnerabilities in economic systems could fly under the radar.

The next 12 months will be a hot-bed of climate policy-making as administrations on both sides of the Atlantic potentially gear up to pursue new green agendas. In Brussels, EU heads will decide whether to ratchet up all the legislation linked to curbing greenhouse gas output - from car CO2 standards to renewable energy benchmarks - with tough talks scheduled for the next 10 months or so.

Lawmakers have already agreed on a ‘sustainable taxonomy’ that is designed to put a label on what is and what is not a green investment, while a €750 billion virus recovery fund will give priority to countries that submit risk-proofed applications.

Depending on who wins the US presidential race in November, a Joe Biden White House is also on track to implement environmental policies that are much more ambitious than previously seen in Washington.

In several countries around the world, climate risk is already enjoying spells in the limelight, to varying degrees.

Norway, which boasts a €1 trillion sovereign wealth fund, is now asking the companies on its books to start disclosing more climate-related data, especially those firms that are known to have an emissions-heavy output.

She added that the fund, which counts around 9000 companies in its portfolio, wants to be sure that they “can survive in a low-carbon society and to understand how they will address that”.

The fund’s drive for transparency is part of Norway’s attempts to polish its international image as a green champion, because although it counts on massive clean energy reserves and is the world’s biggest user of electric cars, its oil and gas assets are problematic. In fact, the sovereign fund - set up to channel the proceeds of the country’s fossil fuel resources - has a carbon footprint that is double that of Norway’s.

New Zealand is on course to go a step further and make climate risk reporting mandatory. If the plans come to light, it would make the Antipodean country the first in the world to make it a legal requirement.

Under a proposal that was praised by Nobel Laureate Joseph Stiglitz, any New Zealand financial institution with more than $1 billion in assets would be obliged to report on climate change risks every year and detail how they are being managed.

"Many large businesses in New Zealand do not currently have a good understanding of how climate change will impact on what they do," said Minister for Climate Change James Shaw, a Green Party member who announced the proposal.

New Zealanders go to the polls in October and a coalition between Shaw’s Greens and current Prime Minister Jacinda Arden’s Labour is a viable option.

Companies themselves are also leading the charge. Swedish electric-carmaker Polestar is urging the automotive industry to get serious about disclosing risks and emissions, especially when it comes to life-cycle assessments (LCAs).

LCAs show how resource-intensive a car or other product is from the very beginning of manufacturing up until it is disposed or recycled. In the auto sector, it is a huge point of contention between firms that build electric cars and those that produce petrol or diesel-powered vehicles.

"Car manufacturers have not been clear in the past with consumers on the environmental impact of their products," Polestar boss Thomas Ingenlath said. "That's not good enough. We need to be honest, even if it makes for uncomfortable reading."

Australia, Canada, EU countries and the United Kingdom are all at various stages of enacting their own risk reporting initiatives. The UK government in August announced that pension schemes with £5 billion or more could be required by 2022 to publish climate assessments. The idea is currently in consultation until October.

Secretary of State for Work and Pensions, Thérèse Coffey, said that “these measures will ensure pension schemes are in an ideal position to drive change to a sustainable, low carbon economy which will benefit everyone.”

The consultation period will also look into whether pension schemes should disclose how closely they are aligned with the targets of the Paris Agreement on climate change.

UN leaders meet in September but the acid test is expected next year at the delayed COP26 climate summit, where the debate will shift from what needs to be done to halt climate breakdown to how it can be curbed, especially from a business standpoint.