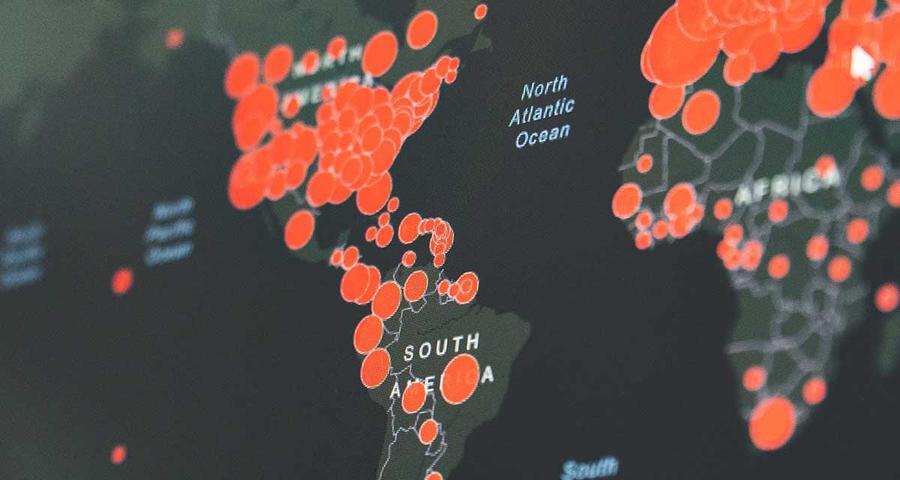 World's economy expectations in 2020 are not very high. The Economic Commission for Latin America and the Caribbean (ECLAC)  stated that the year went through many ups and downs. Rising tensions in the Middle East, the trade war between China and the US and the coronavirus epidemic are some of the events that put world's economy in a crossroad.

Latin America is one of the most affected regions by the virus. According to the IMF "the region will contract 9.4% in 2020, four percentage points more than expected in April and the worst regional recession since there is available data."

The region is highly dependent on China, some countries to a greater or lesser extent. If China's production stops, fewer goods will be sourced and there will be less demand for raw materials. This will have a stronger impact in South America than in other regions of the world.

Trans-Pacific relationships are not just commercial. Since 2005, China has made loans worth more than $ 140 billion in Latin America, almost as much as it has in Africa. The country has also invested massively, with the participation of Chinese companies in private and public projects.

China is the main supplier of goods to at least ten countries in South America and is an essential sales market for almost all countries in the region. For example, Brazil and Peru send more than a quarter of all their exports to China.

The IMF presents certain measures that could save the region from complete collapse.

First, a fiscal policy that will review spending priorities and increase their efficiency to continue protecting lives and livelihoods, especially in countries where informality is high. Due to the probable increase in public debt a clear commitment to a medium-term plan for fiscal consolidation and structural reforms that will boost growth will be key to clearing up doubts about debt sustainability.

Third, maintenance of employment. Supporting payroll and working capital financing for SMEs and other companies as well as promoting investments to increase potential growth will be positive for the economic recovery. "Containment and mitigation policies" are also necessary to control future localized outbreaks.