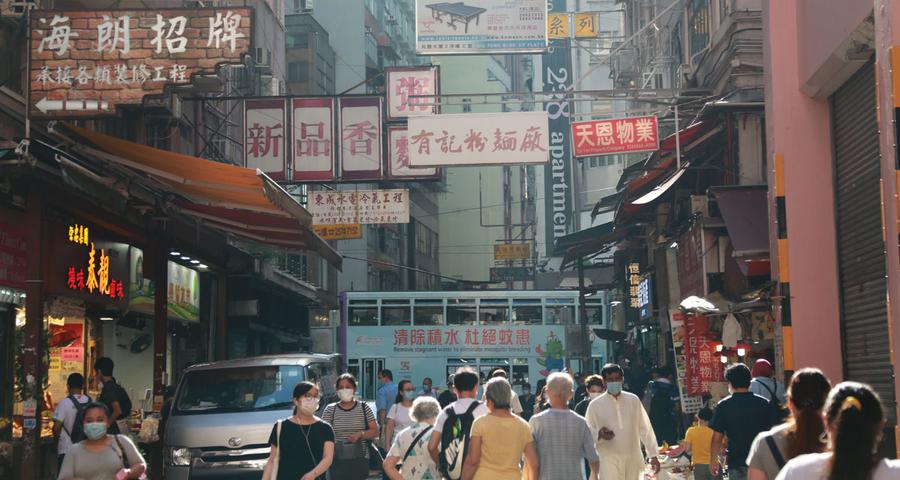 The World Health Organization said on Tuesday that cases are on the rise in all regions except Europe, with the biggest increase last week seen in Asia as India battles its biggest wave. Japan moved closer to declaring a virus emergency as infections spread in its two largest and most economically important urban areas, Tokyo and Osaka. In Canada, Toronto health authorities will order the closure of workplaces in the city if they have more than five confirmed cases.

Asian markets, hit by the surge in cases from Japan to India, have underperformed their global peers since early March, just as they seemed poised to benefit from an acceleration in the global recovery. The currencies of nations affected by the virus have underperformed those in which vaccines are making progress. And now the heartbreak is beginning to spread, with recovery operations under pressure and US stocks falling for two days in a row.

"Markets that have become too comfortable with reopening trade and easing social restrictions may be in jeopardy from Covid peaks and troughs," said Paul Sandhu, director of multi-asset quantitative solutions for Asia Pacific at BNP Paribas Asset Management. "Markets with high vaccination rates somewhat sidestep this downside risk."

The MSCI AC World Index has fallen every day this week after closing at an all-time high last Friday. Investors face the latest wave of the virus with significantly higher valuations than before the pandemic.

On the currency front, investors have been searching for havens like the Japanese yen and Swiss franc this week and rewarding those with better records of managing the outbreak, like the Israeli shekel and the Taiwanese dollar. The Indian rupee has been the worst performing currency in Asia as the new wave of infections threatens an economic revival.

Stocks were poised for their biggest slide in about a month in Asia on Wednesday and US futures fell back as investors reflected on the possible economic impact of the latest virus surge. Japanese stocks were among the worst performers.

"The resurgence of the virus in India and Japan appeared to be the main driver of the Asia-Pacific share sale today," said Margaret Yang, a strategist at DailyFX. "The reflation trade appears to have stopped, giving way to safe havens and defensive names."