Divestment won’t deliver: Why climate transition must include high emitters 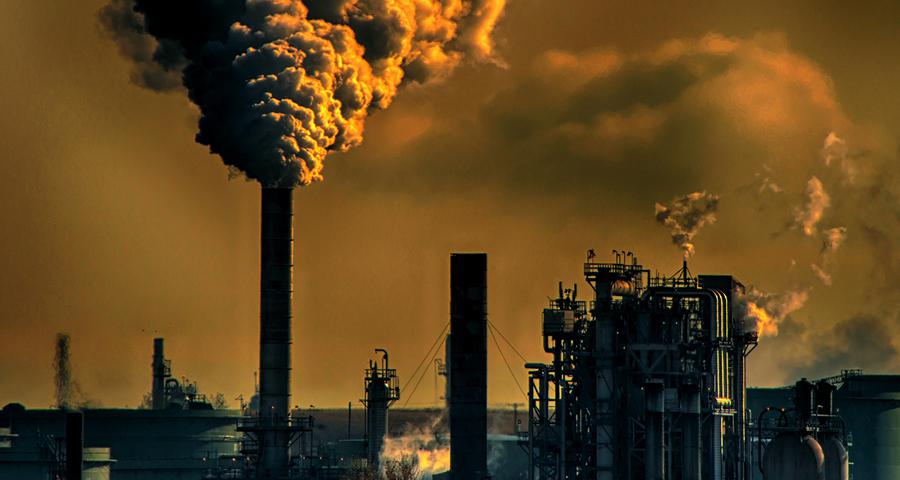 Many fixate on the finance sector’s support for high-emitting industries, charging them as key accomplices in environmental degradation – and they’re right. But demanding investors pull the financial tablecloth from under heavy industry in one fell sweep, forgoes that the real magic lies in transforming existing emitters into the clean corporates of the future. For certain, the climate can’t handle new oil, gas and coal projects, but simply divesting does not equate to climate transition.

Global populations still rely on several high-emitting industries to function. Fossil fuels, the primary target of divestment campaigns, still supply 84% of world energy, while seldom discussed are the many high-carbon materials such as cement and steel needed to build cities and infrastructure. Though there is a real need to scale up green growth - particularly as dependence on fossil fuels shores up the power of petrostates – transitioning current high-emitters can play a big part whilst meeting the needs of a growing population.

But transition requires more than just hope – it needs engagement. Research by leading American universities found divestment to be less effective than engagement when attempting to make companies act responsibly. Divestment risks assets being bought up by investors without any environmental concerns and offers no guarantee of producing social goals. Engagement however can deliver, and traditional tactics such as shareholder votes can unite with new approaches such as requesting green debt issuance.

Green and other thematic finance emerged as a beacon of hope for engagement in the financial sector. Here, companies pledge to investors that their funds will finance climate conscious projects. So far, Paris-aligned proceeds nearing USD2tn have been raised in the green bond market, accompanied by a range of industry standards to guide best practice. However, the growth of the green market hasn’t spilled over into credible climate transition and moving high-emitting sectors from “brown to green” still requires finance. Here lies an opportunity to unite two, currently siloed, activities of investor activism and green issuance.

Enter transition finance… Or maybe not. The transition label was once promised to offer a means of financing the transition of high-emitting industries to align their activities with net-zero targets. At the end of 2021 however, the transition label remained in its infancy with issuance totalling just $4.4bn. The label appears lost for direction and has been replaced by a soaring market for sustainability-linked bonds (SLBs), the issuance of which increased more than 10-fold in 2021 to a total of $130.2bn.

SLBs have been praised for inviting a broader range of companies into ethical bond markets, many of whom would otherwise be shunned from the green market. Unlike typical green bonds, SLBs come without restrictions on the use of proceeds and instead, issuers commit to improving environmental performance against key performance indicators (KPIs). Unfortunately, SLBs’ rising growth is accompanied by rising concerns over greenwashing, as the robustness and ambition levels of KPIs come under scrutiny. Meanwhile, investors still line up at the door of sustainable markets looking to slash climate risk from their portfolios.

This shows that sustainable financing for heavy emitters needs guidance - and it has started to emerge. Climate Bonds Initiative, an international NGO influential in the growth of the green bond market, has turned its attention to transition finance. The organisation’s transition investment criteria are underpinned by science-based Paris-aligned standards,  restoring the hopes for credible transition finance that have thus far fallen by the wayside. The criteria also encompass guidance for entity-level transition plans that are needed to regulate KPI-based instruments such as SLBs.

Climate Bonds’ have already launched criteria for the high-emitting cement industry (responsible for 8% of global emissions) and production of basic chemicals. Steel and hydrogen criteria are soon to follow with the work eventually landing at fossil fuel transition. While this seems ambitious, there is already precedent for the transition of fossil fuels to low-carbon energy. Ørsted, once one of the most coal-intensive energy companies in Europe, transitioned into an energy company ranked as the world’s most sustainable in the space of a decade. A resounding example any high-emitter can transition if given the right pathway.

And there’s no limit to where this could land; gas infrastructure can transition to carry green hydrogen, coal mines be repurposed for carbon sequestration, and oil refineries adapt to manufacture synthetic aviation fuels. Divestment alone is too blunt a tool, only to be used where engagement has failed. After all, the transition needs industry innovation, not industry incineration.

1 Basic chemicals and cement transition investment criteria are currently open for public consultation, steel and hydrogen will follow later in 2022