Does investing in infrastructure bring benefit to everybody? 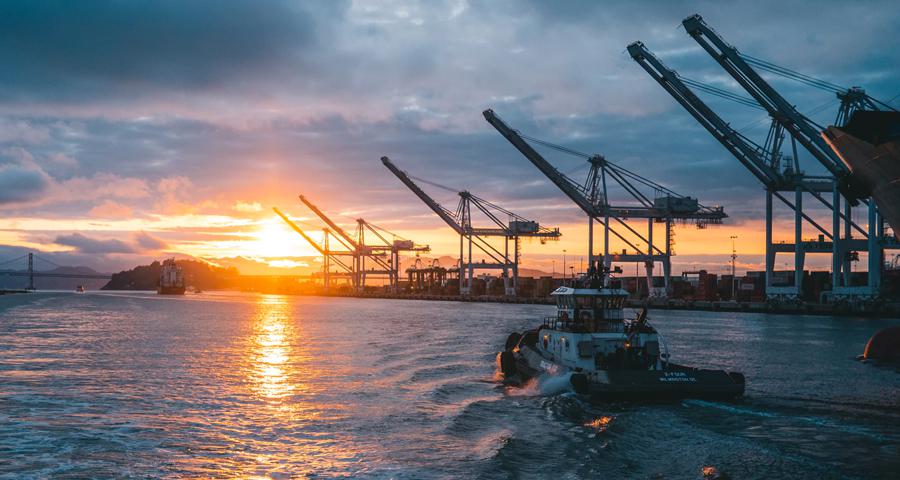 Over the past two decades, Vietnam has been one of East Asia’s notable success stories, reducing poverty, growing employment and expanding its economy. In 2018, it had one of the highest growth rates in the world in 2018 – 7.1%, according to World Bank Statistics. The secret sauce? Infrastructure development. Although challenges remain, Vietnam has made significant strides in building its infrastructure to support its growth: Today, 99% of the population use electricity as their main source of lighting, for example, up from 14% in 1993.

This demonstrates the tight relationship between infrastructure development and economic growth. Across emerging markets, a lack of infrastructure development is a major obstacle to growth. The World Bank estimates that it takes 12 days and a cost of $625 to export a container from Egypt; transporting the same container from the Central African Republic takes four times as long and costs almost nine times as much. In Latin America, over 60% of roads are unpaved and 12% of the population remains without electricity. The Brazilian government has just removed funding for the Transnordestina railway, designed to transport commodities across Brazil for their onward journey to China.

The Brazilian railway demonstrates how difficult it can be to build out infrastructure in emerging markets. Under construction for ten years and still unfinished, the Transnordestina had already sucked in over €1.08 bn of its €2.8 bn budget. It had been been financed by banks, public sector funds and state companies. Often, even with full recognition of the potential benefits, government backing and public will, infrastructure development proves difficult to implement. McKinsey data showed $69.4 trillion going into infrastructure investment in 2017; while this balance shifted to-wards emerging markets in 2017, China was the key beneficiary, attracting 34% (from 29% in 2016) of overall investment. Other areas such as Latin America and Africa saw their chunk of the pie drop.

There is no lack of will from emerging market governments. Cherian George, managing director at Fitch Ratings said: “Developed economies have greater capacity and are less willing to raise fees and taxes to pay for it. Emerging markets, on the other hand, are more fiscally challenged and are more willing to make tougher decisions to find new revenue streams. It comes down to how tangi-ble the benefits of investment are to the public. In emerging markets, the benefits of a better quality of life are perceptible and enticing. But in developed markets, the risk of infrastructure failure is an amorphous concept.”

The audacious China ‘One Belt, One Road’ initiative seeks to create a ‘new Silk Road’. Max Gokh-man, head of asset allocation at Pacific Life Fund Advisors says the withdrawal of the US from the Trans-Pacific Partnership has allowed China the opportunity to become the new free-trade beacon, encouraging emerging regions to coalesce and build an economic moat between themselves and developed economies this initiative: “The investments that China makes, as well as the physical transportation network they create along OBOR’s six “economic corridors” is likely to attract addi-tional private capital.”

However, private investment remains difficult to come by for other emerging markets. Many insti-tutional investors are held back by the difficulties of undertaking local due diligence and percep-tion of risk, particularly in less developed areas such as sub-Saharan Africa. A recent Mercer Report said: “Asset owners that have not previously invested in Sub-Saharan Africa do not typically consid-er the continent for expansion of their infrastructure programs, primarily due to concerns around heightened risk.” There are widespread fears of corruption, not helped by high profile scandals such as the ‘car wash’ and Odebrecht scandals in Brazil.

There is also the problem that returns on developed market infrastructure development have been high. In general, institutional investors haven’t had to take the risk on emerging markets to achieve good returns. It is relatively easy to analyse US or European infrastructure projects but building partnerships with local analysts takes time and effort. Many investors have concluded that the addi-tional returns are unlikely to merit the additional effort.

That said, Mercer believes the risks are often overblown, in spite of challenges in tracking returns. It said default rates have been low, even compared to developed markets and returns high. This is partly because only well-structured projects can get financed. At the same time, it is clear that emerging market governments are committed to infrastructure development, which reduces some of the risks seen in developed markets, where politicians vacillate over funding or, as in the UK, threaten to renationalise assets.

Development finance institutions are increasingly acting as intermediaries and finding ways to low-er risk for international investors. For example, the Private Infrastructure Development Group (PIDG) connects private capital with local projects. It currently has nine members including the UK’s Department for International Development, the Norwegian Ministry of Foreign Affairs and the International Finance Corporation. In Nigeria, GuarantCo’s work with InfraCredit Nigeria has un-locked infrastructure investment from domestic pension and insurance funds for the first time. These groups also help investors manage the currency exposure.

Tentatively, global pension funds are dipping their toe in emerging market infrastructure invest-ment. In particular, the large Canadian pension schemes have been significant sponsors of Latin American infrastructure development. The Ontario Teachers Pension Plan invests in regulated as-sets like gas, water and electricity, as well as transportation and contracted assets in Brazil, Chile and Mexico, while the OMERS pension fund is also looking at the region. The International Finance Corporation, a sister organisation of the World Bank, is also helping plug the infrastructure gap by tapping up the asset management industry, particularly the large insurance companies.

It tends to be easier to encourage funding to certain infrastructure assets. Digital infrastructure, for example, tends to attract more funding and the immediate benefits are clearer. Mario Shiliashki, global head of payments at PayU says: “In many places traditional credit data does not exist, exclud-ing millions from opportunities like renting or buying a house, owning a phone or pursuing an edu-cation. A combination of the exponential rise in smartphone adoption, with its corresponding rise in data availability, and the introduction of AI and machine learning into payment models, enables underwriting which uses thousands of variables all changing in real time. This helps open up the financial infrastructure to many of the underbanked.”

For private investors interested in the area, there are options, albeit limited. Utilico Emerging markets, for example, specialises in investments in infrastructure, utility and related sectors in the emerging markets. Aberdeen has an Emerging Markets Infrastructure fund that has performed well. Alternative some of the large global infrastructure trusts will have an allocation to emerging mar-kets.

Emerging market infrastructure remains an area with vast investment potential. It can only be a matter of time before there is broader participation from global investors.