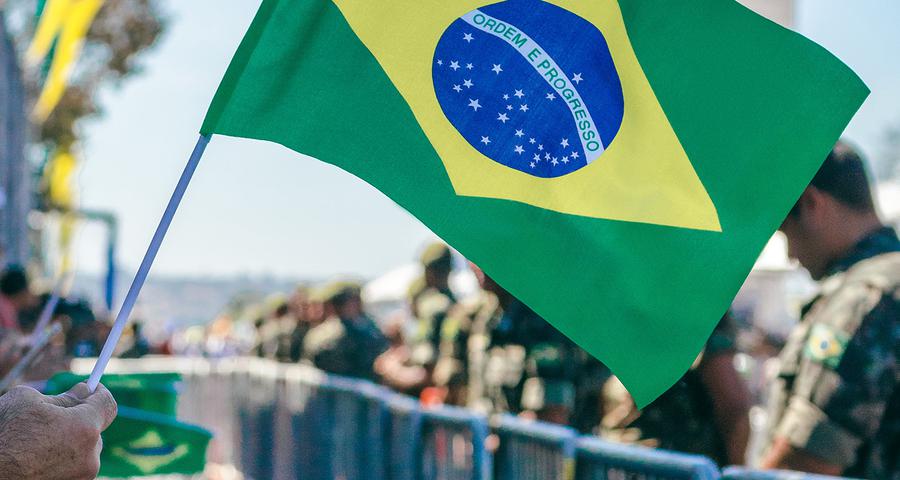 In October, the people of Brazil will vote in the most consequential and dramatic presidential election in their recent history. Left-leaning former President Luiz Inácio Lula da Silva, known universally as Lula, has seen his lead in the polls waver recently, but he still maintains a comfortable edge of 18 percentage points.

Far-right incumbent President Jair Bolsonaro has gained ground in recent months but is being held back by rising prices and unemployment. The contest between the hard-line former soldier and the ex-labor leader will be a referendum on two radically different visions for Brazil’s future: Bolsonaro’s embrace of right-wing populist culture wars and unbridled neoliberal economics versus Lula’s pitch for a return to social spending to improve conditions for average citizens.

Bolsonaro is determined to appeal to Brazilians’ conservative sensibilities, as he successfully did in 2018, and distract from the economic downturn and his handling of Covid. Most voters said that their economic situation has gotten worse under Bolsonaro, and that the economy will have a significant influence on the way they vote.

Bolsonaro’s three and a half years in office have been politically polarizing, defined by his dismantling of many of the most successful social and economic policies that defined Lula’s tenure.

Since 2019, Brazil has had one of the worst performing economies globally in terms of GDP growth, unemployment, and investment. More than half of citizens now experience food insecurity. Under Bolsonaro, inflation has tripled to over 12 percent, and the country’s currency has performed poorly against the dollar.

By contrast, from 2003 to 2010, Lula presided over a period of exceptional economic prosperity, and left office with an unprecedented 80 percent approval rating. His reputation suffered damage as the economy soured under his successor and a now-discredited anti-corruption crusade by prosecutors saw him jailed. He still remains the most popular politician in Brazil. Now he is campaigning on a message of a return to normalcy, decency, and the good years of his presidency.

Regional trends across Latin America would appear to point in Lula’s favor. Dramatic swing elections in Argentina, Chile, Mexico, Bolivia, and Peru have produced left-leaning presidents, and leftist Gustavo Petro is a slight favorite to win a runoff election in Colombia in two weeks against a radical right-wing populist.

To complicate matters, new polling has shown that the majority of Brazilians now have little trust in the country’s voting infrastructure. Bolsonaro has repeatedly suggested that if he does not win in October, it would be due to voter fraud and he would refuse to accept the outcome.

Social media platforms are also cracking down on fake news and misinformation as the election approaches. Fake news has recently proven to be a potent political tool in Latin America’s largest country, and was wielded to great effect by Bolsonaro in 2018.

Whatever happens in October, the outcome will have a huge effect on the country, the region, and the world.