European Investment Bank on the pandemic and challenges ahead 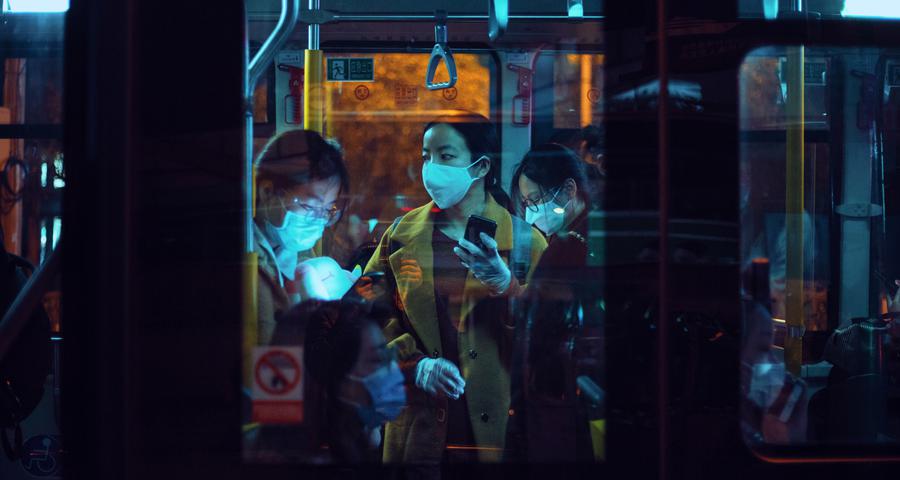 The SARS-CoV-2 virus has exposed how inadequately prepared the world is for pandemics. But the shortcomings it has revealed are not just related to scientific and medical matters such as surveillance, containment, testing, tracing and treatment protocols. They also highlight market failures in the health and life sciences sector’s relationship with key elements of pandemic preparedness, response, and recovery, and the vital role that public financing and public financial institutions can play in addressing these.

Mass vaccination is essentially a public good. Vaccines are not big money spinners compared to other popular types of medication such as treatments for chronic diseases. Vaccines are usually sold by corporations at low volumes and for little profit. This is because most vaccines are generally needed only once in a lifetime, or sometimes once a year, whereas medicines for chronic illnesses, such as heart disease, are used more frequently and can be sold in greater volumes.

As a result, despite the threat that transmissible diseases pose to public health, the development of new vaccines has been limited in recent years by a shortage of investment. High development costs, low returns on investment, and all the business challenges involved in the development and production of vaccines, have forced some biopharmaceutical companies to leave the field altogether.

Using everything in the toolbox

When it became clear that the coronavirus would be a big crisis, the European Investment Bank decided to use all the financing tools at its disposal to support the science and technologies that could help. We did not focus on one company or one technology. We reached out to traditional vaccine developers and to new ones, such as BioNTech in Germany, which created one of the leading mRNA vaccines. Messenger RNA (mRNA) is a novel technology that can pave the way for vaccines to treat many other illnesses, including cancer, flu, and malaria.

The BioNTech financing is one example among dozens that show how venture debt from a public bank is important in helping companies in the infectious disease sector get to the later stages of clinical development. The private sector is reluctant to invest in such activities because companies are often startups, small and medium enterprises (SMEs), or have a limited track record. The eventual success of any innovation is also hard to predict, which creates an uncertain risk/return profile for the investment.

The European Union was behind the curve in life sciences research when the pandemic began, but we are catching up as we learn to accept more and higher risk. European investors tend to be more risk averse, and often lack the deep pockets or risk appetite to support the long development cycles of new products or treatments. European life science and biotech enterprises may attract funds for early-stage development projects via various highly competitive EC instruments and national funding programs; however, that funding can easily run out before they get to clinical trials. The result is that European enterprises often have no other option than to start looking for money from the United States, or more recently, China.

The EIB is working harder today to support more innovative, early-stage companies with promising projects that other investors don’t have the risk appetite to support. We were one of the first banks to invest in BioNTech’s mRNA vaccines, signing a €100 million agreement with the company in June 2020, only few months after the first COVID-19 cases reported in EU. This bold decision has proven successful, as BioNTech, together with Pfizer, delivered one of the first vaccines against COVID-19.

Lending in the public interest

Not every project the Bank has supported during the COVID-19 crisis has been successful. However, in such difficult and dynamic times with a lot of uncertainty for the health of people and the consequences for the economy, we did not have the privilege to hope that one solution would work for everyone, or the luxury of investing a lot of time choosing and supporting only the best ones. Instead, we took bold and sometimes very risky decisions with the public interest in mind.

Many vaccines are now available and rolled out worldwide. They are doing a good job around the world and nevertheless, we have not stopped looking for new success stories. In October 2021, the Bank approved a €45 million loan to help the Spanish pharmaceutical company Hipra manufacture its COVID-19 vaccine. This vaccine, which is still in the trial phase, is based on the traditional “recombinant protein” technology used by several other pharmaceutical companies. Hipra’s vaccine has been modified to be more effective against the COVID-19 variants. It can also be stored in a standard refrigerator, so it could be helpful in developing countries and remote areas, where it can be hard to supply the special freezers needed for mRNA vaccines.

When the coronavirus pandemic hit, people in many countries simply could not get tested to find out if they had the virus. Why did it take so long to ramp up testing capacity? The answer is both technical and financial. Many diagnostics firms simply were not prepared to begin testing for a new pathogen like SARS-Cov-2. Tests for new pathogens are not created overnight. While some firms, including EIB clients  such as Mobidiag, Scope Fluidics and Biosurfit, had already developed tests for similar viruses and were able to quickly adapt their tests for the pandemic, the complex nature of biotech development means that it typically takes much longer to develop tests for new pathogens, validate their accuracy, secure regulatory approval and begin production. Funding was also a major problem. Loans to the biotech sector are often earmarked for specific development plans. Using funds to develop new projects or test for new pathogens requires the consent of investors, a process that typically takes several months.

Diagnostics firms needed cash fast and Europe had to come up with new financing facilities to provide those funds. The European Commission set up new sources of funds for small, innovative firms, such as the European Growth Finance Facility. Guarantees provided by the European Fund for Strategic Investments (EFSI) allowed the European Investment Bank to tap the new facility for riskier projects or start-up firms. The temporary measures put in place during the pandemic also enabled us to increase the amount of money we lent directly to projects to up to 90%, substantially above the previous cap of 50%. In addition, the European Investment Bank rapidly expanded the amount of additional funds we could lend to existing clients by applying a simplified procedure to top up existing loans by 20% for COVID-19-related activities.

The problems we have faced in the pandemic of how to jump-start research, development and production of pharmaceutical products that private sector investors were reluctant to adequately finance, is fundamentally similar to the problems we face in promoting innovation in general and confronting other challenges, such as climate change. Reaching the EU’s ambitious objective of achieving a carbon neutral economy by 2050 will require sustained long-term investment in green innovation, including in un-proven technologies that are still in their pilot phase.

The European Investment Bank has a strategic focus on critical investment gaps and is committed to supporting the development of promising early-stage technologies from demonstration to commercialisation through a variety of innovation finance tools, equity funds, venture debt and advisory services.

Access to finance is often difficult for innovative companies that have yet to make it big. The EIB has therefore developed climate and environmental finance instruments to address market failures and supports investments that are economically viable, but do not receive sufficient commercial finance due to perceived risks.

In this way, we have been successfully nurturing nascent technologies such as offshore wind farms to commercial competitiveness through technical advice and investment.