How issuing Sukuk has become a trend 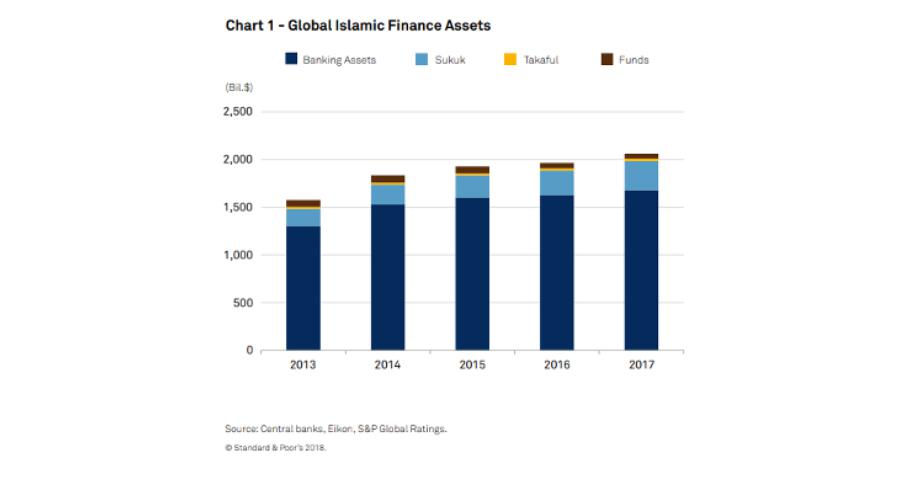 Islamic finance is mostly growing in the MENA Region and Asian countries with Iran, Malaysia and Saudi Arabia all leading the charge. Meanwhile Cyprus, Australia and Nigeria are all showing signs of rapid growth. Digitalisation is also transforming the Islamic finance industry as it continues to disrupt the conventional financial sector - recent years have seen the launches of several digital-only Islamic banks.

The Islamic finance industry is growing in response to great financial demand in halal projects, green funds, and infrastructure. The major instrument in providing investment to all these sectors is sukuk bonds.

The sukuk bond market is on the rise

Sukuk is the second largest segment in Islamic financing and it's showing no signs of slowing down soon. According to financial experts, sukuk grew to $426 billion in 2017. 63% of sukuk bonds were issued by corporate entities while 31% were issues by sovereign countries and 6% was issued by other agencies.

2018 has seen a modest growth in the sukuk segment because of high oil prices and commodity rates in the Gulf Cooperation Council (GCC) that increase their liquidity, making sukuk bonds unnecessary. But the segment has attracted new markets like Morocco and Mali who issued bonds in 2018 for the very first time. Kazakhstan is also planning to start issuing sukuk in the near future.

The United Kingdom is one of the first non-Islamic, Western countries to issue sovereign sukuk, as far back as in 2014. Now, in 2019, it has reissued sovereign sukuk in the British market.

Malaysia dominates the sukuk market in terms of bonds issued (almost $36 billion); it is followed by Saudi Arabia ($27 billion) and Indonesia ($9 billion). All three countries are set to grow their shares. Malaysia has begun issuing green sukuk, a shariah-compliant investment specifically designed to invest in renewable energy and other climate-related fields. Green and SRI (Sustainable and Responsible Investment) sukuk have attracted a lot of investment due to the convergence of ideologies between Islamic finance and ESG (Environmental, Social and Governance) goals.

After stagnating growth in 2018, the first half of 2019 has seen a huge growth in the sukuk market. Turkey and Indonesia’s efforts to tap all available financing sources, and the return of Qatari and Saudi Arabian issuers to the market have boosted issuance of sukuk 17.6% in the first five months of 2019, according to S&P Global. And it's not just catching the attention of institutions and governments like Saudi Arabia, Qatar, Oman, United Arab Emirates, Bahrain, Indonesia, Malaysia, Pakistan, Turkey and the Islamic Development Bank. New foreign players are keen to play a greater role in the sukuk market, including the UK, Australia, Singapore, Hong Kong, Luxembourg, South Africa and Nigeria.

How issuing Sukuk has become a trend

So why is Islamic finance getting so much attention on the international stage? Financial experts claim that the global financial crisis of 2007-2009 created a general feeling of mistrust about the conventional debt market. The crisis spurred governments, individuals and companies to diversify their investment and funding sources. Islamic finance (sukuk) is seen as a stable substitute for conventional banking because it is backed by actual assets. Sukuk represents the partial ownership of the asset to the investor. Thus making it an attractive proposition for a lot of borrowers who still feel troubled about the movement in the global bond and equity markets after the American housing bubble burst. One of the experts and a staunch supporter of Islamic finance proclaims that excessive speculation, prohibited under Islamic Shariah law and in Islamic finance, was the major reason behind the global financial crisis. With Islamic financing principles, this harmful factor is avoided from the outset.

Another reason for the increased interest of investors in global finance is the realignment of the investor’s perspective from risk and return criteria to social, environment responsible spending. ESG principles have influenced the growth of sukuk in international markets. Readjusting this focus may well the result of the global effort to meet the UN's Sustainable Development Goals (SDGs).

The SDGs were developed by United Nations General Assembly in 2015 and they cover a range of environment, social and economic issues to encourage sustainable development across generations. The goals include the suppression of hunger and poverty, saving the environment, water and energy, climate change, education, social justice and healthcare.

In 2014, the UK-based International Finance Facility for Immunisation Company (IFFIm) issued sukuk worth $500 million as part of their immunisation programme to enhance the health sector performance. This was the first social-oriented sukuk issued in the market and since then multiple organisations and governments have issued sukuk for sustainable environment and energy projects.

This is just the start for sukuk.