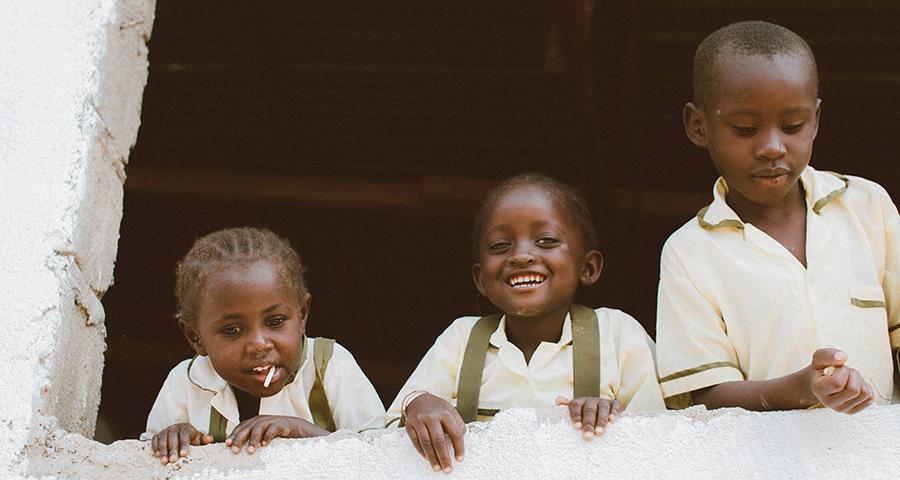 Next year will mark the 60th anniversary of Africa’s independence. 60 years may seem long enough for countries to find their way but much of the continent has struggled to escape the long shadow cast by the Berlin Conference. Today, Africa remains the poorest and least-developed continent in the world.

Hunger, poverty, terrorism, local ethnic and religious conflicts, corruption and bribery, disease outbreaks – this was Africa’s story until the early 2000s. However, over the past two decades, the continent has made remarkable progress and embarked on the road to a brighter future. Growing political stability, ambitious economic growth plans and improved living conditions have paved the way for Africa’s much-needed revival.

Africa may still be facing many of those same problems but much has already been done and thanks to technology and globalisation, the black continent’s future seems brighter than ever.

Africa’s painful past and hopeful future

The implications of Africa’s painful past are still felt today. One of the major problems tormenting the continent is the unstable and opaque political environment. Most countries are yet to establish fully-functioning and transparent governmental structures, having gone through two liberation stages. First, they had to break free from Europe’s colonisation policies. Then followed local dictatorships that had to be dealt with. Now, it is the battle to establish democratic governments to rule in the long term.

Countries with weak democratic foundations are the perfect soil for corruption to flourish in, with roots deep in both public and private structures. The problem is so serious that in 2015, according to a Transparency International survey, approximately 75 million Africans had paid a bribe in the past year. To make matters worse, the vast majority had done it to gain access to basic services that they needed desperately.

Despite African leaders’ commitments that 2018 would be the Year of Anti-Corruption, Transparency International’s Corruption Perceptions Index (CPI) paints a gloomy picture, as the region’s average score is just 32 out of 100.

Africa’s third major priority is to improve health and living conditions. Although much progress has been made in the last few years, Africa remains the continent with the worst medical treatment and living conditions. A direct consequence is an average life expectancy of just 62.8 years, compared to the EU’s 81 years. There are many factors at play, including poverty, the high prevalence of AIDS, periodical violent conflicts, lack of clean water, and limited access to adequate healthcare.

One thing is clear – despite these set-backs, Africa has the perfect prerequisites to turn things around and capitalise on its potential. The shift to democracy and external initiatives like The Bloomberg Media Initiative Africa, intended to support independent media and promote market transparency and accountability, are the first major steps towards long-term growth and sustainable business development.

In terms of economic growth, the continent is already working wonders. Aside from the countries’ progressive political and economic frameworks, this was partly helped by international partnerships and growth programmes such as Everything but Arms (EBA), the Africa-Europe Alliance and the US’ African Growth and Opportunity Act (AGOA). Although Africa is home to 34 of the world’s 48 least developed countries, six of the ten fastest-growing economies worldwide are African, with Ghana first in the global ranking.

In 2019, the World Bank recorded a record number of reforms across 40 economies in Sub-Saharan Africa alone. The private sector is already feeling the benefits of these reforms as the continent’s economies thrive in ever more clearly defined frameworks.

After four decades of rapid growth, the continent can now boast the world’s youngest population. In some countries, more than half the citizens are under 25. If the right investments and sustainable development programmes are implemented today, this fact can be turned into a great asset for a brighter future.

Technology as the main building block

Africa’s unexplored potential, fast-growing population and relatively low starting position present entrepreneurs with a solid foundation for soaring success. But its business leaders are driven by a deeper purpose - to disrupt the status quo and commit to a long-term vision that will help put Africa on the world’s innovation map. African entrepreneurs recognise technology as the greatest tool for building resilient business models that can help satisfy the continent’s unmet needs.

Kenya is one of the countries to spot the benefits of blockchain and its abilities to streamline niche sectors like digital payments, governance structures, aggrotech. Factors such as the high literacy rate, good infrastructure, connectivity and better business climate have helped the country establish itself as Africa’s leading blockchain innovation hub.

Kenya paved the way for mobile money transfer services with the local M-PESA, a company that was key to solving the problem of sending money to people without a bank account. This was followed by other start-ups such as Paga, a mobile payment company, based in Nigeria, focused on tackling the population’s lack of access to basic financial services. In 2014, more than 66% of African adults didn’t have a bank account. Thanks to companies like Paga, that managed to sign up more than eight million users in less than ten years and currently processes over $2 billion in payments, the number of unbanked citizens has dropped dramatically.

Other companies like Dala and Wala have also adopted the mission of making financial services accessible to more people. By running blockchain-based solutions, they have helped many Africans transfer and receive money without being charged for it.

The results are staggering – today, Africa has more than 120 million active mobile money accounts. This remarkable progress is projected to add more than $300 billion to the continent’s GDP by 2025.

Meanwhile the health sector in Africa presents some scary statistics. Africa accounts for more than 65% of all deaths related to pregnancy and childbirth on a global scale, while one child in nine dies before the age of five, simply for a lack of diagnosis. This is because two-thirds of the continent’s territory is covered in darkness, without electricity. If you look at a satellite photo of Africa at night, you will find it hard to distinguish the mainland from the ocean. Regions that are off the grid suffer from healthcare issues, as the hospitals find it impossible to store medicine or vaccines.

However, technology is already coming to the rescue with plenty of successful startups already turning things around. The British startup, Babylon Health now operates in Rwanda and already has more than 600 000 clients. For less than a dollar, Rwandans get access to a phone consultation with a doctor for an easier, earlier diagnosis, which helps improve both disease prevention and treatment.

Leading global companies like Philips and IBM are also contributing to improving Africa’s medical sector. The Dutch electronics firm has designed a portable Doppler ultrasound machine that needs no power and helps read a fetus’s heartbeat patterns. Such a system has proved to be much more efficient when compared to traditional Pinard horns, as a trial test in Uganda revealed that more than 60% of the scanned patients needed urgent treatment. The innovative solution now comes as a solar panel-powered pack with another useful tool - a mobile chest monitor that tracks babies breathing and prevents pneumonia. Another inspiring medical device is the Cardiopad - designed to tackle the lack of cardiologists on the continent. To put in perspective how serious the problem is – in Cameroon, there are currently 60 cardiologists for a population of 22 million, which translates to roughly one cardiologist for every 366 666 people). The Cardiopad works as a remote examination device that conducts a standard ECG test and records the data on a server to help with the prevention and further treatment of cardiology problems.

The lack of professional medical staff that Africa suffered from for many years is now also being tackled with the help of robot doctors. The Helen Joseph hospital in Johannesburg, one of the busiest HIV clinics on the continent, accepts more than 750 patients a day. Due to the lack of medical staff, robot pharmacists are proving invaluable, bringing treatment to as many patients as possible by prescribing and packing drugs. This has helped reduce the waiting times in the clinic from four hours to 20 minutes.

Other companies, like Zipline and Dronamics, have developed specialised drones to process blood, medicine or industrial cargo deliveries to hard-to-reach regions. These solutions can ensure a safe and timely delivery, even in military zones, rural areas or for emergent situations, all while cutting transportation costs.

Africa is also using technology to reduce youth unemployment. The first step is access to a proper education, with startups like Kytabu making it possible for students and teachers in underprivileged schools or low-income regions to lease textbooks on mobile devices. Taking it a step further, the Uganda-based Fundibots focuses on improving technical education among young students by bringing robots into classrooms. For young professionals, there are high-tech companies like Andela, who recruit African developers, train them and connect them with employers from all around the world, mainly US tech giants. This will help establish a talented community of developers and business professionals, ready to shape Africa’s future. It’s also worth noting that earning a higher income by working for overseas companies means more spending power among the young Africans, which further benefits local businesses.

Africa’s only path is forward

Africa’s story is a remarkable one. The innovations there are born out of necessity, not the desire for success. Local entrepreneurs have grown up in poverty, hunger and violence which prove to be the most powerful motivators. Foreign investors and companies are also key contributors to actively solving Africa’s leading problems. This fruitful combination of local talent and inspiration with international know-how and resources paves the way for Africa’s sustainable growth.

The continent, with its abundance of resources, young population and continuously improving business climate, is a perfect opportunity for foreign businesses to invest and expand their operations. And with the current economic results of the leading countries there, it may be just a matter of time before we see the next leading innovation hub emerge.