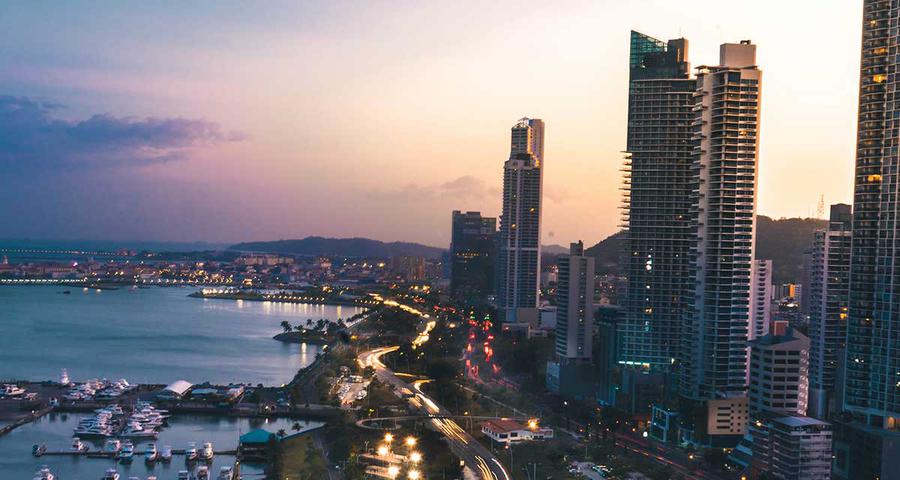 Central America has become an interesting destination for people and companies who want to do business. The region is target of foreign investment due to the continuous improvement in development that countries are promoting in various economic sectors, such as renewable energy, technology, infrastructure, tourism, agriculture, manufacturing, and others.

Central America is made up of seven small nations: Panama, Costa Rica, El Salvador, Guatemala, Belize, Honduras, and Nicaragua. Their size does not limit them, but it does force governments to understand that foreign investment plays a key role in the development of the region.

Each nation offers different advantages to attract investors and be more competitive against other regional giants such as Brazil, Mexico, Colombia and Chile.

There has been an upward trend for foreign investment in Central America in the last 2 decades, this due to various economic policy reforms that have made the conditions for foreign investors more convenient. Between 2010 and 2017, foreign investment flows showed an overall growth rate of approximately 7.9%. Market experts expect regional growth to reach 3.8% by the end of 2019.

The Economic Commission for Latin America and the Caribbean (ECLAC) ensures that improvement of economic performance, growth, low labor costs, support for remittance activity and increased consumption are the main motivators for foreign investment in Central America.

Services are key for investment in Central America. Finance, telecommunications and energy are other popular options for foreign investors.

The main question is why invest in Central America? Its geographical location is one of its several advantages, an attractive commercial platform and a high diversification of exports, in relation to the size of the region.

The textile sector in Central America has traditionally been the most prominent, but other sectors have emerged as increasingly attractive investment options. These options include electric equipment, medical devices, software development, chemical products, food and drinks, tourism, financial services, call center operations and other telecommunications activities.

Each country has known how to find its way to development, relying on the strengths that distinguish them from its neighbors and other actors in the Latin American region.

Emerging opportunities to invest in Central America include:

Much of the foreign investment that the country receives falls on the industrial sector. This is partly due to a small group of companies focused on electronic components and medical products that have established themselves in the country. However, this ambitious nation has made great strides in its renewable energy development, generating power from 99% renewable sources in May 2019.

Costa Rica also shows a growing commitment to technological innovation, earning a reputation as a technology and telecommunications center in Central America.

El Salvador is committed to renewing its financial sector. Nowadays, the country relies on financial technology to make financial services more accessible and efficient, through the adoption of online platforms and new small-scale service options that avoid rigid banking procedures.

Salvadoran companies such as 'YoVendoRecarga' allow users to make invoice payments through an online platform. In October, the Legislative Assembly approved its first “Electronic Commerce Law,” demonstrating the country's support for fintech and other online commerce activities. The government is working to implement better processes through digitization and modernization.

Panama the place to make business

Panama has world-class logistics and other shipping facilities, offers special economic areas for business activity and growth, and facilitates company formation and visa procedures. Along with Belize, Panama remains one of the most competitive locations in the region to establish an offshore company, due to a variety of tax incentives. Its banking system is also one of the most prestigious in Latin America, and its lifestyle opportunities for retirees make the country one of the main competitors for investment in Central America.

Central America is a diverse region for companies and investors who are considering entering the market in the region, with the goal of serving local consumer markets or the rest of the Americas.