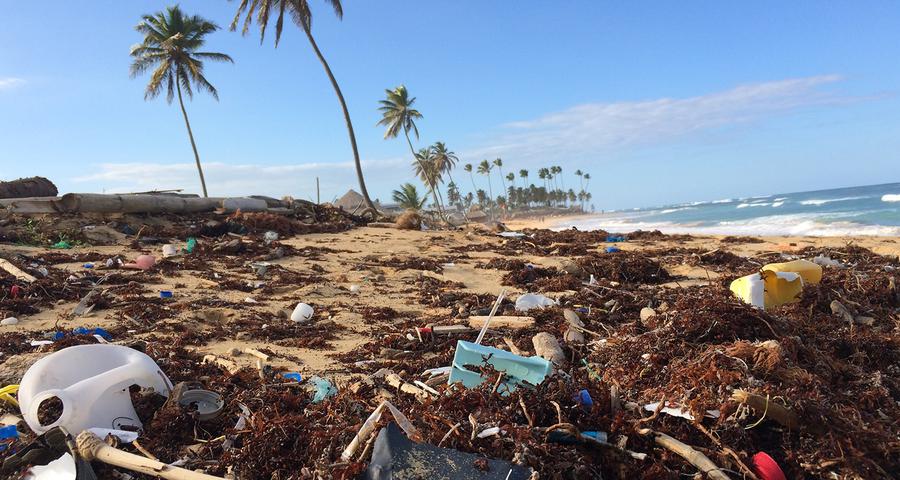 The data is outrageous: in just seven decades, human beings have contaminated aquatic ecosystems with more than 140 million tons of plastic. Right now, about 109 million tons of this waste accumulate in the world's rivers and lakes; another 30 million pollute the oceans; and some 1.4 million are in transit from the rivers to the seas. This is the balance of damages that includes a monographic report on this pollution of the OECD (Organization for Economic Cooperation and Development). The study, published this Tuesday, puts the focus on a problem that is being dealt with at the UN assembly on the environment, which is being held in Nairobi, Kenya, during this week and the next. Representatives from 193 countries are negotiating at this meeting how to promote the first global treaty to fight plastic pollution.

In addition to the volume, the speed with which the problem has been generated is striking, which has gone hand in hand with the increase in the production of plastics. In 1950, barely two million tons of this material, which is derived from petroleum, were manufactured in the world. In 2021, annual global production reached 461 million tonnes after an increase that has accelerated over the past 20 years, according to OECD data. And just 6% of the total plastics put on the market each year are now recycled.

​​Almost at the same rate that plastic production has skyrocketed, the generation of global waste from this material has increased. In 2000, the volume of this waste was 156 million tons. In 2019, it had already reached 353 million. As this study warns, "nearly two-thirds of all plastic waste comes from applications with a useful life of less than five years." 40% are packaging, for example.

If these residues received adequate treatment so that they could be used again, the dimension of the problem would be much smaller. But reuse is the exception and a chimera: only 9% of this waste was recycled in 2019, warns the OECD. "The costs of collection and selection are very high," says Shardul Agrawala, who led this study. Added to this is that recycled plastics have to compete in the markets on equal terms with primary plastics, which are very cheap to produce. The analysis led by Agrawala proposes that the public authorities promote the use of recycled plastic with regulations and transfer the true costs of this material to virgin plastic due to the pollution it causes.

The low recycling rate means that the main destination of the waste ends up being the landfill, 50% ended up there in 2019, and incineration (another 19%). "The remaining 22% was disposed of in uncontrolled landfills, burned in the open air or ended up polluting the environment," warns the report.