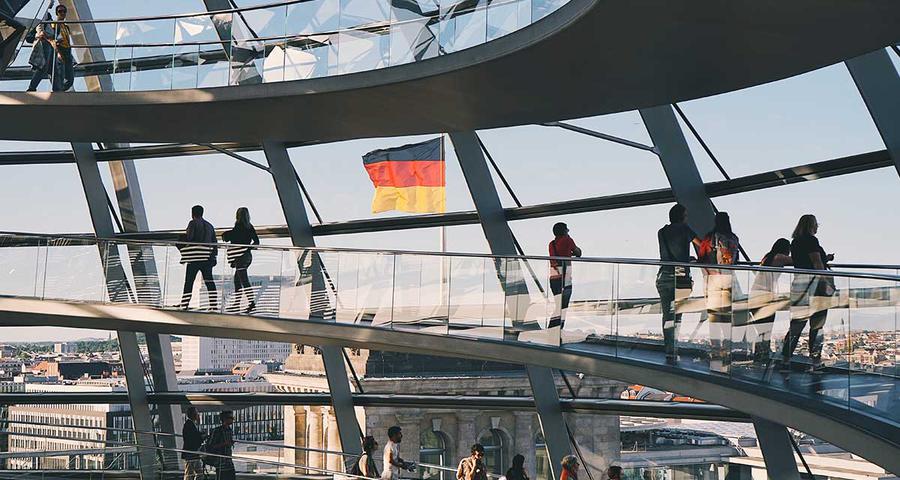 From this Wednesday and until January 10, Germany enters strict confinement. The authorities deeply concerned about the serious figures of the coronavirus that the country registers in this second wave, decreed the almost total closure of public life and commercial activity.

During this period, all non-essential commercial establishments, including hairdressers, must remain closed. Only grocery stores, supermarkets, banks and pharmacies will be open. Schools and nurseries are also closed.

"The measures that began on November 2 have not worked, infections have grown exponentially, there are many deaths, so we must adopt new rules to ensure that the health system is not overwhelmed," said Chancellor Angela Merkel at the wheel press conference in Berlin, following the meeting with the presidents of the 16 länder.

Meetings are restricted to a maximum of five people from two households, not counting children under 14 years of age. Religious services must be held with extreme hygiene and safety measures. The sale of firecrackers and fireworks is prohibited. Also, the consumption of alcohol in public.

The Government asks companies to facilitate teleworking, and the veto on travel within Germany is maintained. Finance Minister Olaf Scholz announced that a new aid package will be approved shortly to support the economy, in line with those approved so far during the previous restrictions.

Germany weathered the first wave of the coronavirus with relative success in the spring, and today it continues to have a lower death rate than the United Kingdom, France or Spain, but is having a lot of difficulties with the second wave.