People’s Bank remains committed to the future of Sri Lanka 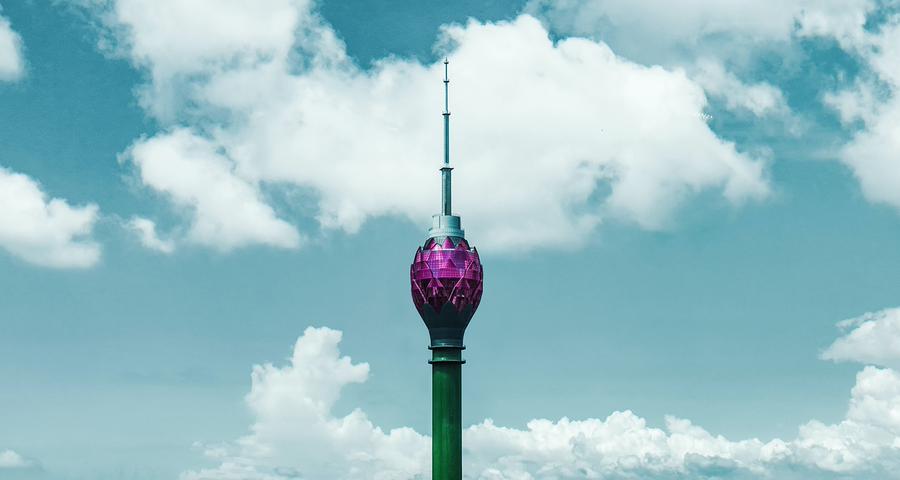 People's Bank, which was established six decades ago with the objective of providing banking and financial services to the general public in Sri Lanka, is now one of the leading financial institutions in the country. Over the years, this unique banking institution has made significant contributions to the socio-economic development of the country.

From its inception in 1961, People's Bank has expanded rapidly throughout the country, introducing branded accounts tailored to customers of different ages and sectors, and offering various loan schemes for the betterment of the lives of the people of Sri Lanka. At the same time, the contribution of People's Bank towards the uplifting of local industrialists including agriculture, fisheries, livestock, microfinance, and small and medium scale enterprises is highly commendable.

Initially, People's Bank's main objectives were to develop the Co-operative and Rural Banking sector and move forward as a commercial bank. Today, the Bank has become a fully accredited national and internationally accredited banking institution providing a wide range of services such as Personal Banking, Enterprise Banking, and Corporate Banking as well as offering Treasury, Investment Banking Services and International Operations.

Currently, People's Bank is one of the leading licensed commercial banks in the country, with 742 branches and service centres islandwide and employing a staff of over 8,000. People's Bank has over 14 million customers, making it the bank with the highest customer base in the country.

As a responsible state bank, People's Bank has not only provided financial services to its customers but has also has made significant contributions to the socio-economic progress of the country by providing financial assistance in the areas of exports, education, health, expressways, roads, tourism and infrastructure. Not forgetting its original primary objectives the bank has been actively assisting SME entrepreneurship in Sri Lanka. In recent times, with an Agriculture-Based Harvest Loan Scheme, which was introduced to create a self-sufficient country, the bank provided Rs.2.3 billion over a period of 15 months ending 31 December 2021 alone. People’s Bank also introduced loan schemes such as ‘Made in Sri Lanka’ to promote local industries, 'Saarabhoomi' to encourage local production of fertilizers, pesticides, herbicides, ‘Vanitha Saviya’ for empowering women entrepreneurs, and ‘Business Power’ to uplift small and medium enterprises.

Another novel initiative launched by the bank was People's Spark Entrepreneurship Development Program with the aim of empowering Sri Lankan youth who are passionate about running their own business. Under this the bank selected and groomed a group of young people covering various fields related to entrepreneurship with the involvement of local business professionals and university lecturers. At the end of the program the bank reviews the business plan prepared by them and, if appropriate, take steps to provide a loan of up to Rs.2.5 million without any security.

People's Bank as a pioneer in digital banking in Sri Lanka seeks to bring to its customers a superior customer experience by introducing state-of-the-art banking and financial services at all times. It was the first bank in the country to implement a complete digital transformation for the entire operating model, covering all aspects from the lowest to the highest levels of the Bank.

People’s bank’s Self Banking Units (SBUs) are a pioneering introduction to its digitalization program. At present there are over 265 SBUs islandwide consisting of ATMs, CDMs and bill payment machines (KIOSK).

All the bank’s branches now offer quick account opening and over a million people are registered with the People's Wave app, which allows customers to bank from anywhere. People's Bank also launched the People's Pay Mobile Appin support of the state efforts to promote digital transactions without the use of cash. In addition, the People's Website offers online banking and People's Wiz Credit provides personal loans within 24 hours. The bank has won numerous local and international awards for digital banking.

People's Bank, as a state-owned bank, has played a pivotal role in bringing digital financial services closer to the urban as well as rural population of the country which has resulted in many international accolades. The bank continues to be ranked among the world's Top 1000 Banks since 2018by the Banker Magazine.

The bank was recently named the ‘Best Investment Bank in Sri Lanka’ by Global Banking and Finance Review. In addition, People's Bank has been recognized for its excellence at numerous awards ceremonies such as Asian Banker, International Business Magazine and World Finance.

People’s Bank plans to continue to facilitate digital banking and bring the latest banking experience closer to Sri Lankans through the provision of financial services in line with high international standards as well as convenience, high quality and reliability through excellent banking services.