Postal voting in the US election: what is the controversy and will it affect the outcome? 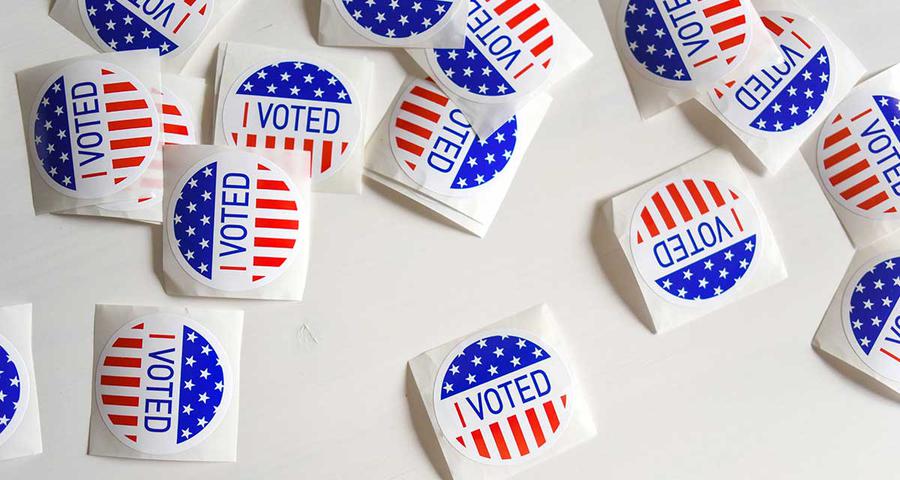 In the 2016 United States presidential election around a quarter of votes cast were done by post. In 2020 that number is expected to be a lot higher due to health concerns relating to the coronavirus.

Not everyone can vote by post and the rules vary from state to state. Some, such as Hawaii, Utah, California, Oregon and Washington automatically send out postal ballots to all voters. Additionally, about half of the states allow postal voting on request. The remainder require a valid reason such as illness, being over 65, or being away from the state where the voter is registered.

Does postal voting lead to increased levels of fraud?

There have been cases of fraud, but they are rare. For example, the 2018 primary in North Carolina had to be re-run when it was discovered that a Republican consultant had tampered with the ballots. Another case earlier this year involved two Democratic councillors who were caught and charged with fraud after having stuffed hundreds of ballots in a post box. But these are largely isolated cases and voting fraud is not common.

In fact, a study in 2017 by the Brennan Center for Justice found that fraud during US elections overall was between 0.00004% - 0.0009%. When it comes to postal fraud the figures are incredibly low. A database of voter fraud compiled by Arizona State University showed that between 2000 and 2012 there were only 491 cases of postal ballot fraud from hundreds of millions of votes. A review by the Washington Post of postal votes in the 2016 election revealed just one proven case of fraud. The state of Oregon is one of those that holds postal elections and since 2000 has only found 14 cases of fraud.

To prevent postal voting problems authorities have various checks in place, such as checking and comparing signatures and ensuring that the post comes from voters’ registered addresses.

Even members of Trumps own Republican party are disagreeing with the president. In August this year, in an interview with the Sutherland Institute, Senator Mitt Romney said: “I don't know of any evidence that voting by mail would increase voter fraud."

If there is no evidence of increased levels of fraud, what it is the issue?

President Trump has repeatedly claimed that illegal voting lost him the 2016 popular vote. In July this year, he tweeted: “Mail-In Voting, unless changed by the courts, will lead to the most CORRUPT ELECTION in our Nation’s History!” It is argued that postal voting benefits Democrats over Republicans but this seems more due to voter preference than fraud.

A study by Pew Research found that in the states where all votes are done by mail, 89% of Biden supporters preferred voting this way compared to 43% of Trump supporters. The research also revealed that 68% of Trump voters who describe themselves as “very conservative” prefer to vote in person with just 11% preferring to vote by mail.

Adding further fuel to the debate is Trump's opposition to the United States Postal Service (USPS). As he believes mail-in voting is likely to increase fraud and benefit the Democrats, he has tried to actively restrict Americans from voting by mail.

In June 2020, the president installed Louis DeJoy, a Republican donor, as Postmaster General. Almost immediately, Dejoy banned overtime, stopped extra trips to deliver mail on time and restructured upper management by removing or reassigning over two dozen top officials. He also took offline 671 high-capacity letter-sorting machines. Postal services were delayed across the country almost immediately. While DeJoy defended the plans as being done for improved efficiency he has since put the plans on pause. Even so, some cities have reported service cuts.

In August, House of Representatives speaker, Nancy Pelosi, and House Democrats grew alarmed when the post office reported that it might not be able to cope with the increased number of postal ballots. Pelosi recalled the Democrat-controlled House from recess and passed a $25 billion package to help USPS. In response to the postal service controversy, Trump tweeted that it was a “hoax” and the money wasn’t needed. He urged Republican lawmakers to reject the bill but more than two dozen refused and it passed by 257-150.

Will this have any effect on the election outcome?

Hopefully not. Even if there are delays to postal voting it is unlikely to be enough to overcome Biden’s lead, according to polls. In the lead-up to the election; Biden is riding high in the polls. Pew Research Center has him 10 points ahead at 52-42, while Ipsos calculates a 12 point lead of 53-41.

The New York Times adjusted these figures to see what the result would be if the polls were as inaccurate as in the 2016 election and even then, Biden was 7 points up. In comparison to 2016, Hillary Clinton was polling with just a four-point lead and she still won the popular vote.

Due to the virus, more people than ever are predicted to vote earlier in person, easing some of the pressure. Additionally, due to the postal voting controversy, there is increased awareness of the need to get the ballot in quickly.

Both Republicans and Democrats want a fair election and while the postal voting has been controversial, the issue has originated more from the president than his party. Biden is currently set to win but in this unique and fascinating election, nothing is certain.