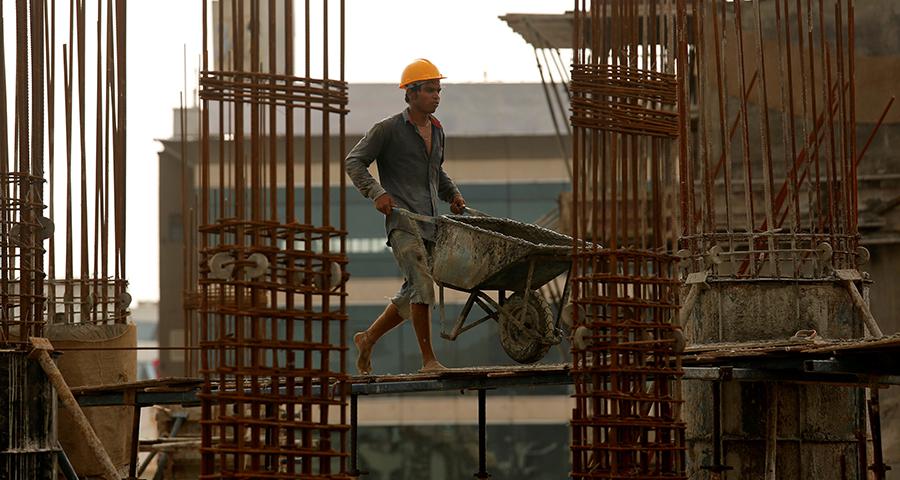 India's residential real estate market is low on cash but looks set to get a boost from domestic and international private equity firms, which are queuing up bets worth hundreds of millions of dollars for the sector.

The domestic real estate sector has been in a rut for years with projects failing and being delayed. More recently developments have been hit by a credit squeeze as banks struggle with bad debts and a crunch in the shadow banking sector. Private equity firms are now buying up assets at attractive valuations, say industry insiders, as changes in regulations and a more dovish monetary policy bode well for the sector.

"With major impetus being given to affordable housing ... PE investors are sensing a big opportunity in this segment," said Anuj Puri, chairman at Anarock, a real estate consultancy firm."The expected 8-10 percent annual return in the affordable segment of residential real estate is attracting not just Indian investors but also foreign entities from the U.S., Singapore and Canada."

An industry source said that Brookfield Asset Management, a Canadian asset management firm, is exploring residential real estate investments and aims to nearly double its bets in the space over the next year, to over $1 billion. The Abu Dhabi Investment Authority (ADIA), along with Hines Investments is also poised to announce an investment in the space, a source involved in the deal said. Brookfield declined to comment, HDFC Property, Kotak Realty, ADIA and Hines were not immediately available for comment.

Bad debts and the failure of real estate projects have made banks cautious about lending to developers, leading to a slowdown in the market that relies heavily on borrowing for both home building and buying. Developers in the country were typically averse to private equity because it is a more expensive form of funding compared to debt they could raise from banks or finance companies. However, with funding from finance companies drying up after a string of defaults at lender IL&FS, developers are being forced to explore debt and equity funding from private equity.

"For the PE players the valuations are probably a lot more attractive today than they were four to five years ago," said Anshul Jain, managing director at Cushman and Wakefield India."From a risk perspective too, risk is slightly lower as some green-shoots are visible in the segment. PE can see that pricing and sale pricing is at an all-time low, so valuations are at an all-time low, so it's a good time for them to enter."

The government has also announced several incentives for the real estate sector in the interim budget earlier this month.

"This is a very positive budget from a real estate point of view," said Samir Jasuja, managing director of PropEquity, an online real estate data and analytics platform.

The government announced a total tax rebate for individuals with annual income of up to 0.5 million rupees, and offered some tax incentives that would benefit both property developers and potential homebuyers.

These measures, along with the recent central bank rate cut, are expected to give an added push to the segment.

By Swati Bhat, via Reuters.