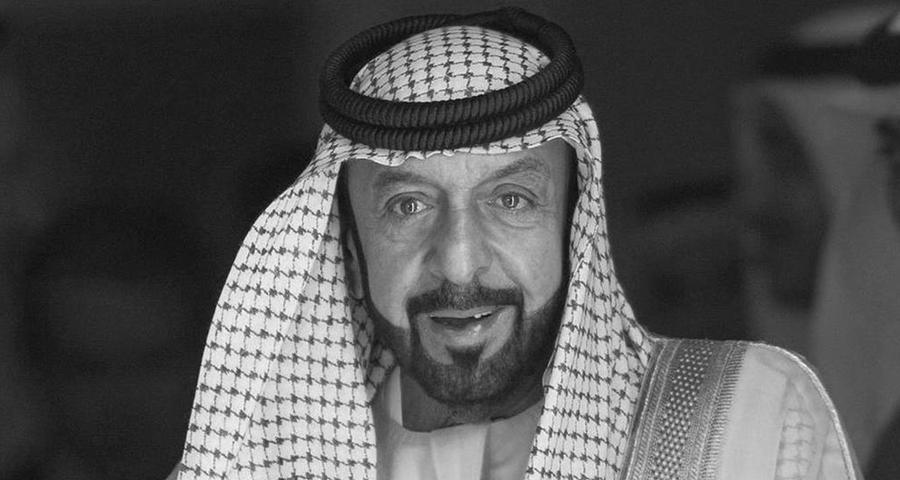 Condolences and tributes from around the world poured into the UAE to mark the passing of Sheikh Khalifa bin Zayed, who died on Friday at the age of 73. ‘The UAE people, Arab and Islamic nations and the world are mourning the death of the President, who moved next to his Lord satisfactorily on Friday May13th… wishing Allah Almighty to grant him eternal peace and the UAE people patience and solace’ said the Ministry of Presidential Affairs in a statement issued on Friday.

Sheikh Khalifa was the eldest son of Sheikh Zayed, the principle driver behind the formation of the United Arab Emirates. On assuming power in 2004, Sheikh Khalifa built upon the legacy of his father, vowing to ‘continue to be the beacon guiding us into the future, a prosperous future where security and stability will reign.

“He was respected by all for the values of peace, openness and dialogue that he embodied,”, tweeted French President Emmanuel Macron

The second President of the UAE and 16th ruler of Abu Dhabi, Sheikh Khalifa made significant contributions to the public and private sectors, and presided over major restructuring of both the federal and the Abu Dhabi governments. The late President was largely responsible for encouraging the development of the oil and gas sector, as well as the influx of other industries which has led to the prosperity and diverse economy of the UAE.

As tributes continue to flow in from around the world, the Ministry of Presidential Affairs have announced 40 days of official national mourning for the death of the President.