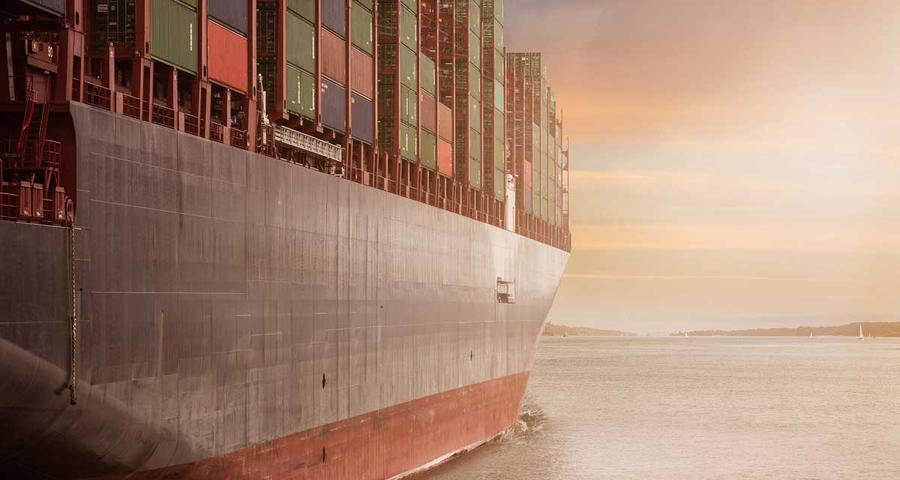 The Ever Given vessel ran aground on the single-lane stretch of the South Canal Tuesday morning after losing the ability to drive amid strong winds and a dust storm, the Suez Canal Authority (SCA) said in a statement.

Eight tugs are working to free a large container ship stuck in Egypt's Suez Canal, stopping maritime traffic through one of the busiest and most important waterways in the world.

60 boats pass a day, transporting more than 3 million tons of fuel, food and merchandise. The canal has been clogged since last Tuesday, and last night's work has failed to unblock the ship. Experts estimate that it may take another 48 hours for the freighter to re-float and free the canal.

The container ship entered the crucial East-West trade route Tuesday morning and ran into trouble when it was approximately 6 nautical miles from the southern end of the estuary, Evergreen Marine said.

Tanker Trackers, which monitors the vessels via satellite and maritime data, said the incident had caused mishaps in other nearby vessels. "Tankers carrying Saudi, Russian, Omani and American oil are waiting at both ends," she said.

Maersk, the world's largest container shipping company, said seven of its container ships have been affected by the lockdown, with four of its ships stuck in the canal system while the rest are waiting to enter the passage, the Danish company said in a statement on Wednesday.

The infrastructure, the largest of its kind in the world (ahead of the Panama Canal) has revolutionized world trade since its opening, by facilitating maritime connections between Europe and Asia, avoiding the detour through Africa.

This has made it the preferred route for freighters and merchants, this would only be threatened in the years to come, if Russia succeeds in opening new routes through the thawed Arctic. At the moment, it is estimated that 12% of world trade goes through this route on a daily basis.