The calamity of uncertainty for Brexit Britain 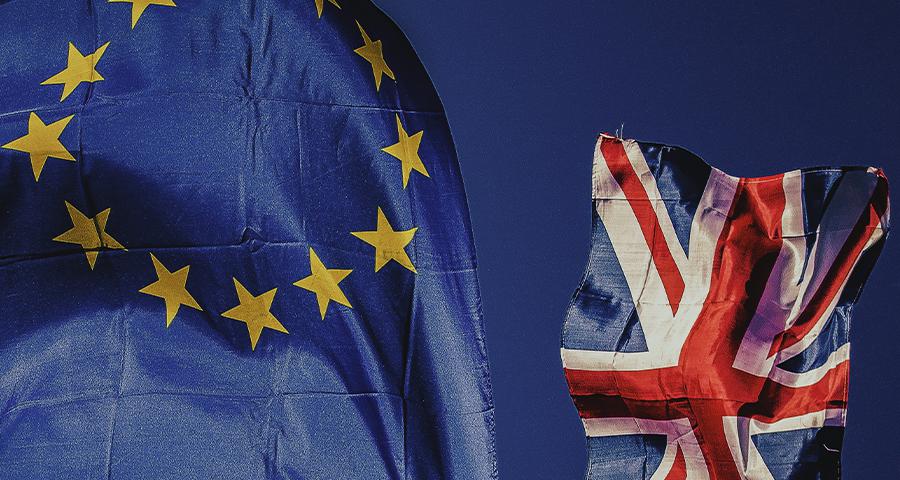 2020 will go down in history as a hard blow to an already weakened economy, but what will be its legacy for investor confidence?

By September 2019, Brexit had already made its mark on the UK economy. According to the Decision-Maker Panel (DMP), set up by Nottingham and Stanford universities, investment had reduced steadily by around 11% while productivity had decreased by about 2 to 5% since the referendum result hit the headlines. Analysts were bracing for hard times, but at least refreshed voter confidence in the Tory agenda had put a little fire back into the negotiation process. Investors might have begun feeling like perhaps things were on the up.

In January 2020, The Investor Confidence Index had jumped by 21% to its highest level since November 2015, with increasing interest in UK investment. Traction was steady and the fearmongering had died down somewhat across the media. Boris Johnson’s government had it all under control, we were reassured, and they were well on their way to ‘Get Brexit Done’.

There was even optimism from the 3 000 Chief Financial Officers surveyed by the DMP, working in collaboration with the Bank of England, which indicated that investment might be set to increase. There was a real expectation that investment could grow by as much as 4.6%, an increase from 2.4% from the three months preceding. It would be absurd to claim that uncertainty had been significantly dialled down, but investors were beginning to see some strong reasons to invest back into the UK.

If only things were so simple

The last thing the government needed was a global pandemic. Perhaps this is why it took so long to accept the magnitude of this new virus; they simply could not believe their bad luck. Having fought so hard to inject certainty back into the economy and reassure the public that they had this all under control, the universe threw a corona-shaped curveball. The catastrophic loss of life has been devastating. The economy is a secondary victim.

The Bloomberg Brexit Barometer tracks economic well-being in the United Kingdom and is updated daily, using weather icons to indicate how inclement, or not, the state economy is since the vote to leave. Today it shows a dark cloud with a flicker of gif lighting protruding. Pathetic fallacy, you might say.

There can be no denying the fact that much of the economic trouble right now stems from the early impacts of COVID-19 and the lockdown, and not from Brexit itself. Yet both COVID-19 and Brexit mean uncertainty, and uncertainty is what investors are agitated about. The combination is intimidating.

The markets have recovered a little since their initial crash in March, but there is a real risk that a second crash is on its way. As tensions rise between the US and China and another wave of redundancies across Europe looms as governments’ fiscal interventions tail off, a hard Brexit may just be enough to cause another sharp decline in investor sentiment. 2020 seems to be a triple threat year.

Face-to-face negotiations resumed last week between Britain and the EU after three months of video conferencing. They quickly broke down as discussions reached an impasse, and the two opposing sides failed to reach even basic consensus on the terms of the divorce. Investors fear now that crashing out of the EU will result in defaulting to World Trade Organisation terms, which means unfavourable tariffs and quotas. For many, this makes other markets outside of the UK look far less uncertain, and thus alluring.

Asia is set to continue to benefit from a tumultuous Europe.

Nausicca Delfas, the Financial Conduct Authority’s Director of International, was quoted in a recent interview with Bloomberg, “If the two sides fail to provide companies cross-border access, known as equivalence, equity and derivatives-trading business could face disruption. European investors might also be required to trade shares inside the bloc unless they’re given access to U.K. markets.”

Furthermore, with a continued lack of information from the negotiations about what it will cost to do business once Britain and the EU part ways, plenty of investors will see this uncertainty as a reason to keep their money away from such worrisome markets.

Is there good news?

In short, maybe. For some investors, the opportunity to buy cheap stock right now might be very attractive. If the second crash does come as expected, it could be a prime time to pick up a few bargains. It’s still a brave person’s game though and buying shares on the decline isn’t always going to net you the long term gains you’re looking for.

Diversification across a number of industries, especially renewable energy and technology, both of which showed strong potential pre-pandemic, might offer a little light at the end of the 2020 tunnel.

Uncertainty seems to be the presiding theme this year, and there is little indication this is set to change any time soon. For many, pragmatism is the new normal and lack of information and clarity from the Brexit negotiations will only prolong that. It might be a year to wait and watch to see how things unfold, with investors both inside and outside of the UK taking advice to not hold their breath. Perhaps we’ve had enough uncertainty already to last us a lifetime.