The market is in backwardation: agents are fighting to buy oil 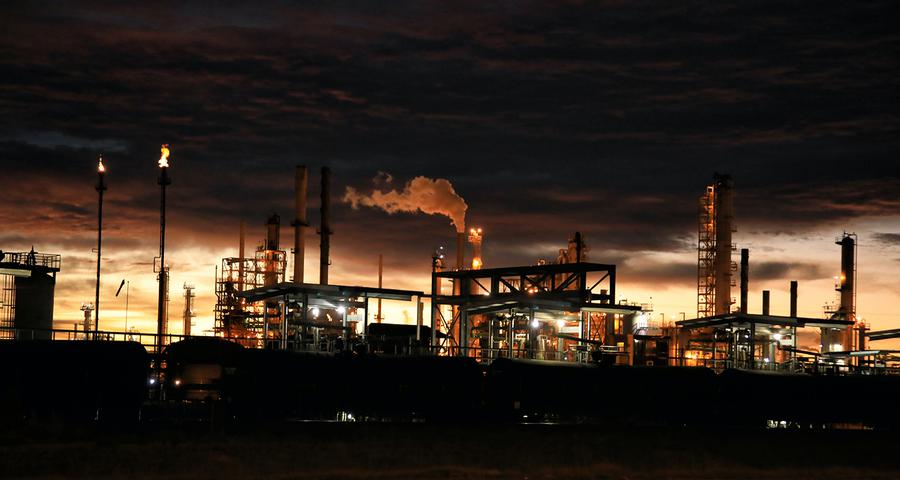 Russia's massive attack on Ukraine has pushed oil prices to $100 a barrel, a level that a few months ago seemed unreasonable and unattainable. However, the worst could still be to come if you look at the futures curve that shapes the oil market. The market is in a structure known as super-backwardation that usually anticipates sharp increases in the price of crude oil. This clear structure had not been seen since the Iraqi invasion of Kuwait in 1990.

Futures markets are used by economic agents to hedge their operations with relative certainty, since they can ensure the future price of certain raw materials and products (an airline can buy kerosene futures, ensuring a price within a year, for example). . But this market is also useful for anticipating what may happen to the price of the goods or assets that are traded on it.

From the financial firm UBS they explain in a note that "if the futures curve has a negative slope (backwardation), as is the current case for crude oil, investors can purchase futures at a discount and generate a positive return (wait for the future expires and sell the most expensive crude)". Right now, the oil market is so tight and the risk premium is so high that spot oil (immediate physical crude) is much more expensive than futures (there is fear and scarcity), so holding oil to sell later can be profitable while exacerbating global oil shortages.

As futures get closer to their expiration and delivery date, the price rises strongly, which suggests that the market is eager to buy oil in the face of what may happen. In March and April 2020, the market structure was the opposite (contango). Oil was not being sold and its spot price was much lower than futures. This structure hinted that crude could continue to suffer falls, a hypothesis that was confirmed when West Texas fell even at negative prices. Now the market structure is antagonistic compared to March 2020.

Possible sanctions on Russian oil and very strong demand for crude are sinking inventories and creating some tension in the crude market. The price of a barrel could continue to climb and reach levels much higher than the current ones. Some analysts are beginning to predict that oil could reach 150 dollars per barrel, a possibility that some investors already anticipate, as can be seen in the options market, where more and more investors buy call options that bet on a barrel of crude oil at 150 Dollars.

"The backwardation (opposite of contango) structure tends to occur when commodity markets are undersupplied. In all the recent life of Brent futures contracts, there has never been such an extreme premium between the shortest ( April) and the rest of longer-term contracts". Currently, the first contract is trading about ten dollars above the sixth contract (which belongs to the month of October).

This structure in the oil market has not been seen since 1990, when Saddam Hussein's Iraq invaded Kuwait, unleashing a conflict in the oil heart of the world. Now the situation has some similarities, since Russia produces considerably more oil (about 10.4 million barrels per day) than Iraq and Kuwait combined (about 8 million barrels per day). The war between Russia and Ukraine is increasing the risk premium for oil even though there has not yet been a de facto interruption of Russian crude flows. To the above we must add the state in which this market was already found.

Falling oil inventories and declining idle production capacity triggered by strong crude demand are supporting this super-backwardation figure. Another likely factor supporting the backwardation structure is refiners looking for alternatives to crude. on fears of sanctions, as seen in the steep discount offered by Urals oil to Brent We maintain our positive outlook on crude oil and continue to advise investors to take risks and take more exposure to contracts of oil in the longer term in Brent.

From Bank of America Merrill Lynch they point out in a note that "the backwardation structure should continue to be the dominant structure of the Brent crude oil market. This opinion is mainly supported by the slight intervention of OPEC +, the decrease in idle capacity and the low inventories. These experts expect Brent to touch 120 dollars in the coming months, which will continue to add pressure on the wave of global inflation that is hitting almost all economies.

This environment of rising prices has led the IEA to implement a coordinated release of oil reserves. The US and other countries have announced a stock release of 60 million barrels. The International Energy Agency will hold an emergency meeting on Tuesday, where a possible urgent release will be discussed.

These measures may provide temporary relief (which the market has already discounted), but in no case will they have a permanent impact. The only options to unclog the situation go through an easing of tensions with Russia and the return of Iran to the oil market.