The Oprah Winfrey of the Middle East 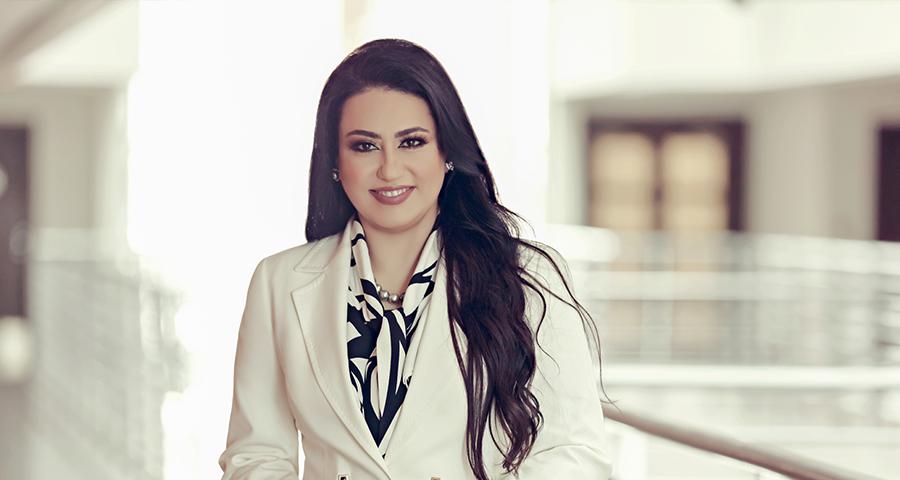 Nashwa Al Ruwaini is a leading media and business personality who has been recognised all across the globe for her leadership skills and business excellence. Nashwa Al Ruwaini began her career as a TV presenter where she rapidly excelled and was even dubbed the “Oprah Winfrey of the Middle East” because of her bold ability to tackle controversial issues and push boundaries in the region.

Following her success as a presenter, she then moved behind the camera, working first as a producer and going on to lead MBC, now a huge media powerhouse, before setting up her own media consulting and production company - Pyramedia.

In terms of her business achievements, Al Ruwaini is currently Board Member and CEO of Pyramedia – Media Production and Consultancy, CEO of Al Joude Investments, CEO of Al Joude Advertising and Publicity, as well as CEO of Delma Medical Centre, founder of Nashwa Jewellery and Al Majlis food and beverage. Al Ruwaini is also the Founder and Chairman of the Nashwa Foundation, a charity that is dedicated to philanthropic work across the Arab world.

Pyramedia, a media production and consulting firm based in UAE, provides world-class media services across a full spectrum of television and film production, events, public relations, marketing and advertising, making it the only company in the region with such a diverse range of media services.

With an award-winning team from different disciplines, Pyramedia promotes a culture of variation, creativity and skill that adds exceptional value to the media experience.

Pyramedia is known throughout the Middle East for producing many of the most culturally significant and popular television shows in the region. Two of the most viewed shows Pyramedia produce are The Millions Poet and Prince of Poets, both of which are cultural shows that have helped to preserve Arab poetic culture and heritage, a cause that is very close to Al Ruwaini's heart.

This year, Pyramedia pioneered a talent show called Al Zaman Al Jameel, which was broadcast across the region. The aim is to celebrate and nurture musical talent, with a particular focus on traditional Middle Eastern songs. The show was a great success and a second season is already in the works for next year. Other shows that have been recognised by the Rose D’Or, the Gulf festival and the Association for International Broadcasting, include The Buzzer and the Nashwa Show.

Beyond international recognition for her business excellence skills, Nashwa Al Ruwaini has also received numerous awards for her shows and productions. One notable cinematic achievement was the film, Son of Babylon, on which Al Ruwaini was an executive producer. It won the Amnesty International Award and the Peace Film Award at the 60th Berlin International Film Festival Independent Jury Awards and was very well-received at both the Cannes and Dubai Film Festivals.