The ship Ever Given refloats, stranded for six days in the Suez Canal 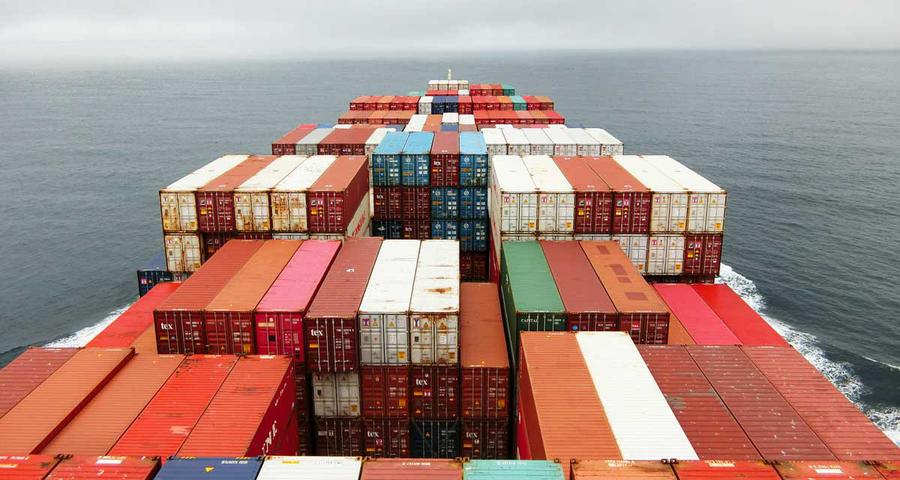 The Ever Given ship has been "partially refloated" with the help of 10 giant tugs that have operated from four different directions. After six days beached in the Suez Canal, causing the suspension of one of the most important sea crossings in the world Although it is not clear when it will reopen, firms that offer logistics services in channels and straits reported.

Lieutenant General Osama Rabie, head of the Suez Canal Authority and in command of the operation, assured this morning that the ship has started to float "satisfactorily" and that its position has been modified by 80%, according to a statement from his spokesman, George Safwat. Rabie has added that, thanks to the tension and towing maneuvers, the stern of the ship has been moved up to 102 meters from the shore, instead of the previous four meters, a change that can also be observed from the maps of the trackers of maritime traffic.

The maritime service provider Inchcape Shipping and the firm Leth Agencies have also confirmed the success of the operation. The maneuvers are now scheduled to resume when the tide in the canal reaches two meters, its maximum height, around 11.30 (local time), in order to completely change the course of the ship towards the center.

The blockade of the Suez Canal posed a major threat to global trade supply chains. Along the 190 kilometers of this inland waterway, which connects the Red Sea with the Mediterranean Sea, just over 10% of world trade flows, according to estimates by the Suez Canal Authority, and is one of the most important waterways of the planet in the transport of gas, oil and freight in containers.

Daily maritime traffic through the Suez Canal is worth about 9.6 billion dollars (8.15 billion euros), according to an estimate prepared by the company specialized in information on maritime trade Lloyd’s List. Infrastructure also represents one of the main sources of income for Egypt's coveted foreign exchange.

In the six days that the ship 'Ever Given' has been blocking the Suárez Canal, there has been an unprecedented jam in maritime trade in which 367 large freighters are waiting to cross it.

Of these, 98 are bulk carriers, 96 containers and 35 transport oil. Rabie had assured on Saturday that, once the rescue operation is completed, the canal authorities would work tirelessly to clear the queues of ships within a day or two, although it is not clear how long this process can be extended taking into account the ships that have been arriving since then.