The time has come for the Fed: it will raise rates for the first time in 39 months 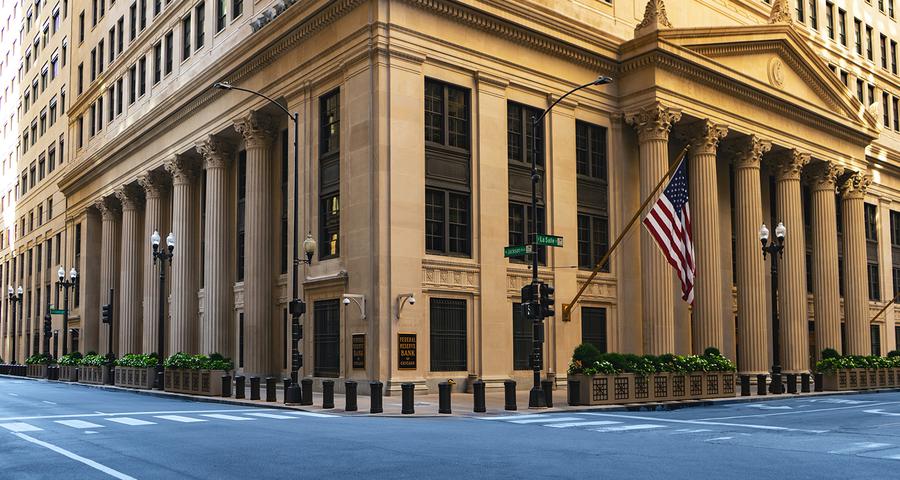 On Wednesday the US Federal Reserve (Fed) will raise rates. It had not done so since December 2018, 39 consecutive months, but the macro situation in the United States has reached a point where a rise is inevitable. Not so much because of the war in Ukraine, but because of the inflationary pressures that, for months now, have been increasingly tightening the world's largest economy.

In fact, at first the war cooled the spirits of investors and some analysts, and they began to speculate on the possibility that the Fed would slow down the process of raising rates, so as not to take a false step and stop the Economic recovery.

The impact of the war was uncertain and it was suggested that the Fed would wait to see its economic effect before launching to raise rates. For this reason, the expectations of the markets, which discounted a rise of up to 50 basis points at this week's meeting, and another six later, until the end of the year, one at each meeting in 2022, slowed down.

Analysts now expect the Fed to raise rates by 167 basis points this year, which equates to 6.7 25 basis point hikes (as the Fed typically does) in the year as a whole. The markets are clear that the Fed is going to raise rates on Wednesday, something that will not be a surprise to anyone, after the latest statements by Jerome Powell, president of the institution, acknowledging on March 3 that "with inflation far above 2% and a strong labor market, we see it as appropriate to increase the target range for the federal funds rate at our meeting this month," and acknowledged that "the process of removing accommodative policy in the current circumstances will involve both increases in rates, such as a reduction in the size of the balance sheet.

And it is that the Fed's asset balance has reached proportions that no one would have suspected before the arrival of Covid-19. Now it stands at around $8.91 trillion, an all-time high, and more than double the size it was when the pandemic hit, around $4 trillion.

In this context, it seems clear that, although the war in Ukraine has slightly dampened the prospects of seeing rate hikes in the United States, the process of normalizing monetary policies has not been derailed.

"The expectation for the Fed is that it begins to raise rates at this meeting, having recognized how tight the labor market is and that inflation is well above its target. In this context of uncertainty, activity data are going to be key in determining the approach to monetary policy around the world," explains Marilyn Watson, director of global fixed income strategy at BlackRock.

The rates that inflation is reaching in the United States will undoubtedly worry the Fed. In February it reached 7.9%, touching the highest level seen since 1982, and with a core CPI rising to 6.4% .

The last time the Fed faced inflation of this caliber, interest rates remained at 13%, an example of the trap in which the institution finds itself at the moment.

In Europe, inflation runs at a slower pace than in the United States, and the European Central Bank (ECB) has been forced to accelerate the normalization of its policies, announcing it last week, a reflection of the need that banks are seeing power plants to fight inflation, regardless of what might happen to economic growth.

"The great challenge facing the US Federal Reserve is the increase in inflation", they explain from DWS, and warn that the pressure is even stronger for the Fed since "inflation in the United States is not only higher than in Europe, but it is also more distributed. In Europe it is still limited mainly to the food and energy component, with 56% of the general inflation in the region, while in the United States it represents 20%, "they point out.

Keep in mind that the United States is finding more pressure on wages compared to Europe, where the average unemployment rate is now 7.3% (data at the end of 2021), compared to 4.2% in the United States. This is one of the elements that economists highlight most as a possible catalyst for structural inflation: if wage negotiations are successful and increases are confirmed, they can lead to a structural inflationary spiral.