The value of understanding consumers’ needs 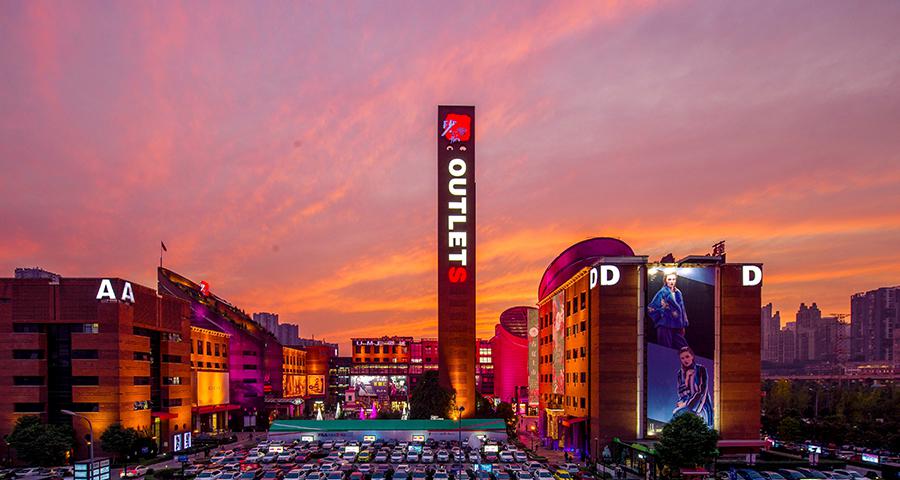 Sasseur REIT is a Singapore Exchange-listed real estate investment trust (REIT) established with the main objective of investing in a portfolio of long-term income-producing real estate, used primarily for outlet retail purposes, and which are located mostly in China. Its initial portfolio of four quality retail outlet malls are strategically located in Chongqing, Bishan, Hefei and Kunming, with a total net lettable area of 312,844 square metres.

Anthony Ang, CEO said “As the first publicly listed outlet mall REIT in Asia, Sasseur REIT benefits from the fast-growing outlet retail sector in China that is driven by demand from the rapidly expanding middle class.”

One entrepreneur who was ready to make the most of this new international interest was Vito Xu Rongcan, founder of what would ultimately become the shopping powerhouse, the Chongqing based Sasseur Group. He first started out with a fashion business in 1996. Sasseur quickly became an iconic apparel store that caught the attention of the global fashion set. Xu understood international brands: an apparel label can only attain luxury brand status by virtue of its rich legacy, culture, as well as consistent and superior quality. It cannot exist simply as just another good consumer product. Sasseur successfully obtained distribution rights for many international brands.

Xu also created Sasseur’s own ladies’ brand that, together with other international brands, enabled him to quickly expand the business to over 20 Chinese cities. In fact, Sasseur occupied half the floor space for international designer merchandise at Metropolitan Plaza in Chongqing, which was controlled by Hong Kong’s Li Ka-shing. Chongqing had some of the most glamorous shopping destinations in the West China at that time, and is an economically important and largest inland municipality of China, with a population of over 30 million.

Super outlets with lifestyle activities and comfort for the modern consumer

Vito decided to start Sasseur outlet business in 2008 by establishing the first outlet in Chongqing as he saw the strong potential demand for outlets that can offer competitively priced branded products desired by the rapidly expanding Chinese middle class. As a pioneer, Vito created the concept of “super outlet” that featured art-inspired architecture and design, as well as interesting lifestyle activities (for children, education, sports, farming) to offer consumers a unique shopping experience.

Sasseur caters to a generation of Chinese shoppers that had witnessed great transformation as China underwent rapid economic growth. By infusing its super outlets with beautiful art and familiar cultural themes, Sasseur was able to attract many repeat shoppers. The availability of highly sought-after branded products in such a familiar and nostalgic environment really set Sasseur apart and has consistently attracted high shopper traffic to all the Sasseur outlet malls.

Sasseur also invested in advanced analytics to obtain comprehensive insights of shopper behaviour. A deep understanding of its three million VIP member shoppers allows Sasseur to tailor its services, product mixes, and ancillary facilities for a winning destination that successfully attracts many shoppers.

Attracting the attention of international investors

Within ten years of opening the first outlet mall, Sasseur grew to be a successful outlet operator with ten malls in Chongqing, Hangzhou, Bishan, Nanjing, Hefei, Kunming, Xi’an, Changchun, Guiyang and Changsha, with a combined retail area of some two million sqm. The compounded average growth rate (“CAGR”) of sales has exceeded 30%. By the end of 2018, Sasseur had inked deals to open more outlets in three other cities (Lanzhou, Yangzhou, Shenzhen) in addition to the ten it already operated.

One secret behind the overwhelming success of Sasseur outlets is Vito’s unique “1+N” Super Outlet business model. “1” represents the retail space for highly discounted sales of out-of-seasons branded merchandises. “N” represents the outlet’s extension facilities that provide lifestyle activities and amenities, including educational activities for children, health, entertainment, and culture. This model was revolutionary. Instead of the traditional brick-and-mortar malls, there was now a unique outlet shopping and engaging lifestyle experience that meets the aspirations of China’s middle class, all in a single location.

In 2011, Warburg Pincus, a world leader in private equity investments from the United States, invested in and helped to restructure the Sasseur Group. Warburg Pincus subsequently sold its stake to L Catterton Asia – the world’s largest consumer goods investment company owned by global luxury retail giant LVMH in 2015 – becoming a strategic shareholder. L Catterton’s strategic stake in the company brought important resources and advantages to the development of Sasseur. Ping An Real Estate, part of a leading Chinese insurance group, also became an important strategic shareholder at the same time.

Sasseur REIT has a strong pipeline of potential properties available for future acquisition, with two Right of First Refusal (“ROFR”) properties in Xi’an and Guiyang, and seven pipeline properties in Nanjing, Hangzhou, Changchun, Changsha, Lanzhou, Yangzhou and Shenzhen. Although some of these properties are relatively new, their sales performances have been very strong. On the assumption that all these properties are acquired in future, Sasseur REIT’s aggregate Gross Floor Area (“GFA”) could grow by more than three times that of its initial portfolio.