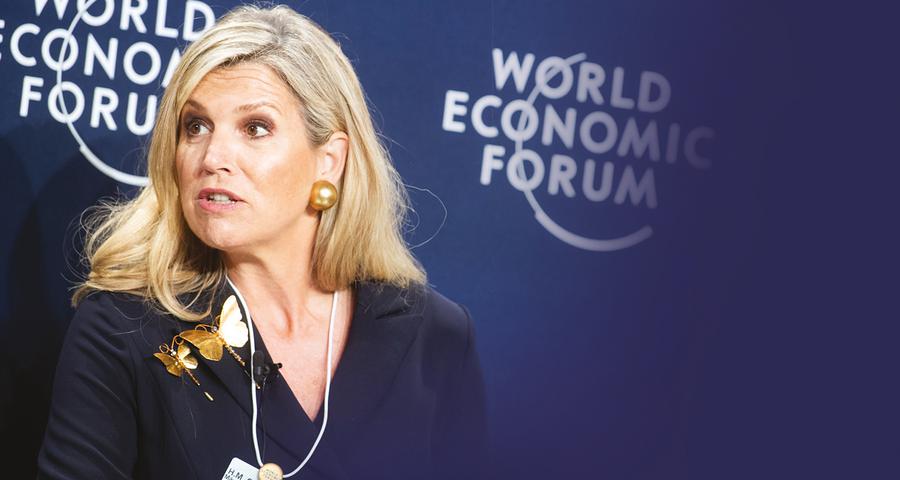 The World Economic Forum Annual Meeting took place from the 22nd to the 26th of May 2022.

The partners who participate every year are some of the leading corporations, banks, and investment funds in the world. The Annual Meeting is always a key date on the calendar of any investor.

The meeting embodies the World Economic Forum’s philosophy of collaborative, multi-stakeholder impact. It provides a uniquely collaborative environment in which to reconnect, share insights, gain fresh perspectives, and build problem-solving communities and initiatives. Against a backdrop of deepening global frictions and fractures, it aims to be the starting point for a new era of global responsibility and cooperation.

History at a Turning Point

The Annual Meeting 2022 brought together over 2,500 leaders and experts from around the globe to the Swiss mountains, participating in over 200 sessions, and all committed to the ‘Davos Spirit’ of improving the state of the world. The 2022 meeting convened against the backdrop of a pandemic and conflict in Europe, at what is surely the most significant geopolitical and geo-economic moment of the past three decades.

This was also the first in-person meeting since the start of the COVID-19 pandemic. The theme for 2022 was: History at a Turning Point: Government Policies and Business Strategies.

The major issues for the meeting, which were discussed across a wide range of panels made up of global experts, key stakeholders, and thought-leaders, were: Climate and Nature, Fairer Economics, Tech and Innovation, Jobs and Skills, Better Business, Health and Healthcare, Global Cooperation, and Society and Equity.

Perspectives from the Frontlines

This year the meeting focused on sharing perspectives from people on the frontlines of conflict and climate change. In a series of video messages, the forum heard from some of those most affected by some of the biggest challenges confronting the globe today.

The aim of Davos is to highlight the inspiring work of this group of young changemakers that they call the Global Shapers Community. These are young people who are full of energy, and who are working hard to make a positive difference in their communities.

Among them, for example, were a Ukrainian emergency worker, an African climate campaigner and an Afghan educator of girls. In his video message, Sikander Bizenjo, a first responder from Pakistan, urged leaders to include young people in the decision-making process. These videos, posted on YouTube and TikTok and other media, have become a key feature of the forum, as it seeks to extend its messaging beyond the attendees themselves, and across society as a whole.

An Address from Ukraine

As leaders gather this week to address the world’s toughest challenges, the war in Ukraine is front and centre. Volodymyr Zelenskyy, President of Ukraine, delivered a special address on the opening morning at Davos 2022, setting the agenda for leaders to come together to help his country.

He said that the sanctions against Russia should have been “preventative” and questioned whether Ukraine would have had to “set a historical precedent for courage” had action come sooner. He called for help to come “as fast as possible” to equip Ukraine for victory and help rebuild the country after the war.

Børge Brende, the President of the World Economic Forum, has called for something like the Marshall Plan in order to help with the reconstruction of Ukraine, while Professor Klaus Schwab in his opening remarks said,

“Our first thoughts are with the war in Ukraine. Russia’s aggression on their country will be seen in future history books as the breakdown of the post-World War II and post-Cold War order. This is the reason why we speak about a turning point in history. In Davos, our solidarity is foremost with the people suffering from the atrocities of this war.”

What Lies in Store for the World Economy?

Indeed, the spectre of the ongoing conflict loomed over Davos for the duration of the meeting, with many sessions given over to discussions of energy and food security, and the future of these networks that we rely on.

Also up for discussion were the cost of living challenges across the globe. Inflation in the UK hit a 40-year high in April, and in this context, the World Economic Forum’s Chief Economists Outlook has warned of lower economic activity, higher inflation, lower real wages, and greater food insecurity globally in 2022. The economists warn that this could have devastating human consequences as the global economy fragments.

The future of globalization was also a hot topic at Davos 2022. The Financial Times recently warned that the three-decade era of globalization is at risk of going into retreat. It’s a subject that was explored in sessions throughout the week, with a wide range of topics being discussed such as Balancing Globalization and Resilience in a Time of Crises and Strategic Outlook: The Future of Global Operations.

Alexander Stubb, former Prime Minister of Finland and current Director, School of Transnational Governance, European University Institute, had this to say during the Russia: What Next? session:

“It’s too simplistic to say we’re moving towards some kind of a new Cold War, with a liberal world order and an authoritarian world order. I think alliances are going to be a lot more flexible than what we are used to. I also don’t think that we’re going to go towards an area where there is a lot of talk… of deglobalization. I think we’ll have more regionalization of globalization but it’s not going to go away.”

A Lack of A-List Support?

There were some notable absentees at Davos this year. Climate activist Greta Thunberg gave it a miss. US President Joe Biden was not on the guest list, nor was UK Prime Minister Boris Johnson, French President Emmanuel Macron, or Italy’s Prime Minister, Mario Draghi. The reticence of some high-profile personalities is understandable, as heading to the Swiss mountains to rub shoulders with the world’s elite, during a cost-of-living crisis raging across Europe and the world, is perhaps not the greatest look.

However, there were addresses from Pedro Sánchez, Prime Minister of Spain, Ursula von der Leyen, President of the European Commission, and Jens Stoltenberg, Secretary-General of NATO.

They each made calls for unity in light of the current global challenges that we are facing, in particular the Russian invasion of Ukraine.

The initiative will “offer unique insights on how to create a digital ecosystem that brings prosperity to people to help government to better serve their citizens and also encourage businesses to grow,” explained Deemah Al Yahya, Secretary-General, Digital Cooperation Organization (DCO).

By working together, “we can ensure that every person, every country and every company can stand to benefit from the tremendous opportunities the digital economy brings,” she added.

Public-private partnerships “will play a key role in accelerating the digital transformation and enabling prosperity for societies around the globe,” said Peter Herweck, the Chief Executive Officer, AVEVA Group Plc, explaining why AVEVA joined the initiative.

The Future of Global Cooperation

Even a glance through the programme for Davos 2022 tells us what the priorities and challenges are for the global economy at the moment, and what oaths we should look to in order to progress.

There were multiple sessions on the future role of Africa and the Middle East, the part that digital tools will have to play in addressing climate and healthcare concerns, and the need for innovation and action, and public-private cooperation.

If there is one key idea to take away from Davos 2022, it is that of global cooperation. Collaborative innovation and sustainable partnerships are going to be watchwords of the kind of development that the WEF believes is necessary to confront the crises that threaten to overwhelm us.

Investors, along with every other group, will have an important role to play in deciding whether these words and ideas can become the new reality.

- All photos courtesy of the world economic forum