This is Stacey Cunningham, the First Woman President of the New York Stock Exchange 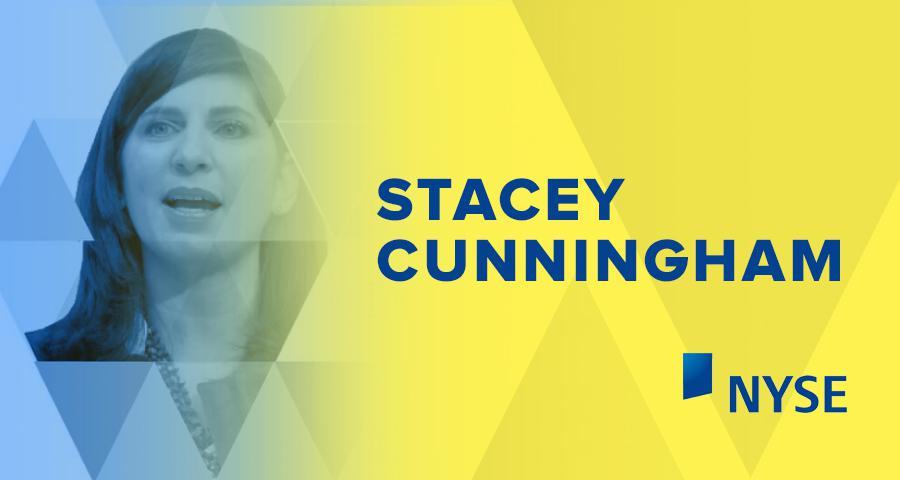 For an old American institution like this one, a woman being the 67th president is a big deal.

Never in the history of the New York Stock Exchange (NYSE) a woman has been the president of this complex and renowned Wall Street location. With a succession and almost (if not entirely) a tradition of male leaders for over two hundred years, Stacey Cunningham is breaking the glass ceiling.

The news rolled out this monday and with only 4 days remaining for Tom Farley (former president). So this very friday she will replace him, and John Tuttle will be its COO. The path for Farley isn’t coming to an end, as he is joining a promising firm founded by Daniel Loeb, a famous American investor and hedge fund manager.

Even its rivals are receiving the news with grandiosity, Nasdaq and Cboe Global Markets sent congratulatory notes and tweets. Here’s one:

Described as a “fierce competitor” and a “customer-focused leader”, Stacey Cunningham managed equities and ETF endeavours for the Atlanta-based Intercontinental Exchange since 2012 (actual owners of the NYSE), coming from nothing more and nothing less than Nasdaq.

A wind of change is getting towards the Wall Street Avenue, as two women are leading the two largest stock exchanges by market capitalization in the world; Adena Friedman, now the chief executive officer for Nasdaq since 2017 and Stacey Cunningham for the New York Stock Exchange. What will be the outcome? The coming years will speak for themselves.