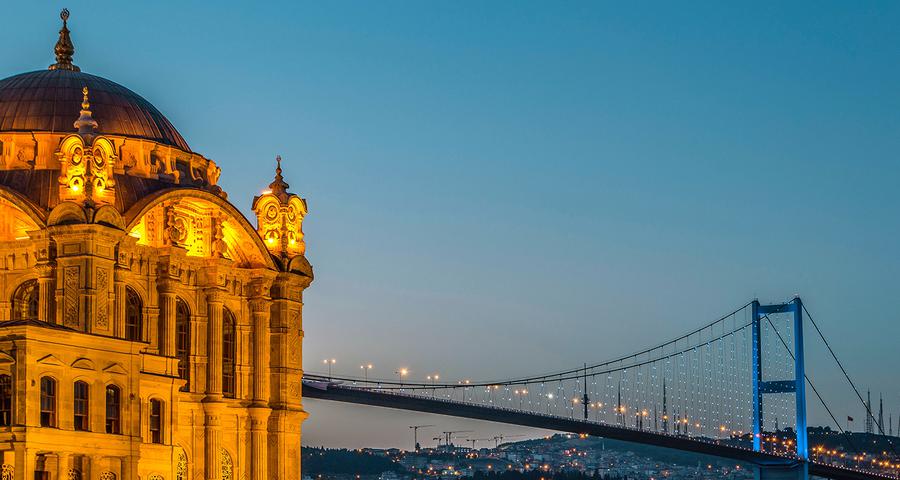 Adapting itself to the challenges and transformations in the world economy and emerging as a post-pandemic supply demand hub in the global value chain (GVC), Turkey has been one of the fastest recovering economies in the world in the aftermath of the Covid-19 outbreak, expanding 7.4 percent y-o-y in the third quarter of 2021. For year-end 2021, Turkey’s GDP growth is projected to accelerate and reach double-digit numbers.

Turkey’s resilient economy has been a favorite target of investors during the pandemic, as it was over the last 18 years. Turkey continued to attract greenfield and expansion investments along with merger & acquisition projects in various sectors, also witnessing a rise in interest of financial investors, successful funding of startups and exits with lucrative returns. In the last year, the Turkish entrepreneurship sector has seen 5 unicorns, including an IPO in NASDAQ.

As the economy is recovering from the pandemic, the quality of economic growth is also increasing in Turkey with significant contributions from net exports to the Euro Area as external demand firmed. Turkey has developed a strong and diversified export capabilities so that products manufactured in Turkey have been making their way to the international markets in a broader scope and scale in terms of the volume and variety. Besides the European Union, which is still having a dominant role, other regions of the world, specifically United States, Middle East and African countries are now counted among Turkey’s top export destinations. In 2020, despite the interruptions in the global supply chains and serious disruptions in manufacturing, Turkey scored USD 170 billion exports, while yearly exports reached USD 221 billion in November 2021, the highest amount in the Republic's history.

That being said, why do multinationals opt for Turkey as a robust GVC link?

Being attached to the fact that logistics is a key to a major role in GVCs, Turkey has made massive investments in transport infrastructure over the past decade and a half to create domestic and international transport links.

Proximity to source and destination markets

With its favorable geostrategic location, multinational companies have already made Turkey their home to run their business in the region by leveraging its location as a manufacturing, exports, R&D and management hub. Better still, Turkey is poised to offer more companies easy access to multiple markets in its immediate vicinity on top of a host of other market advantages.

Turkey’s domestic labor force has been one of the most dynamic in the region. Besides, the country offers a productive pool of qualified engineers and competent senior managers with international experience.

Having a customs union with the European Union (EU) and free trade agreements in place with over 28 countries, Turkey has a vast commercial network. Businesses functional in Turkey have access to approximately 1 billion potential customers with no custom restrictions or tariffs.

The incentives have been one of the main instruments to transform Turkey’s economy toward higher added-value services. The incentive system of Turkey is mainly based on tax discounts and tax exemptions. The scope of the incentive is determined according to the qualification of the investment, type of product and the location where the investment will take place. Medium high-tech and high-tech investments, including products listed by the OECD, receives one of the most generous incentives regardless of location. Priority incentives are provided for investments in priority areas, such as investments in freight and/or passenger transportation by sea, airway or railway, energy efficiency, LNG storage, waste recycling, nuclear energy plant investments and touristic accommodation investments. The main components of the incentive in Turkey are VAT exemption, customs duty exemption, corporate tax reduction, social security premium support, interest rate support on credits, and land allocation support.

In addition, Turkey’s robust economy has been a favorite target of investors over the last 18 years. Investors worldwide sought safe havens that offered high yields and lower risks in the aftermath of the 2008 Global Financial Crisis. Turkey became one of those countries that piqued the interest of global investors thanks to its impressive growth rates and financial reforms.

A diversified economy, a young population with half under age 32.7, and an entrepreneurial business ecosystem supported by reforms stand out as attractive advantages for international companies looking to increase their commitments in Turkey and to grow their investments in the region using Turkey as a springboard.

Turkey has emerged as a strong regional player with global ambitions to be one of the top 10 economies in the world. According to IMF, in 2020, Turkey recorded the second highest growth among G20 countries, becoming the world's 11th largest economy in terms of purchasing power parity. In the same period, Turkey was also among the countries with the highest increase in industrial production in the G20.

Active on a global scale, the Investment Office operates with a network of local consultants based in a number of locations including China, Germany, Italy, Japan, Malaysia, Qatar, Saudi Arabia, Singapore, South Korea, Spain, the UAE, and USA. The Investment Office offers an extensive range of services to investors through a one-stop-shop approach, ensuring that they obtain optimal results from their investments in Turkey.