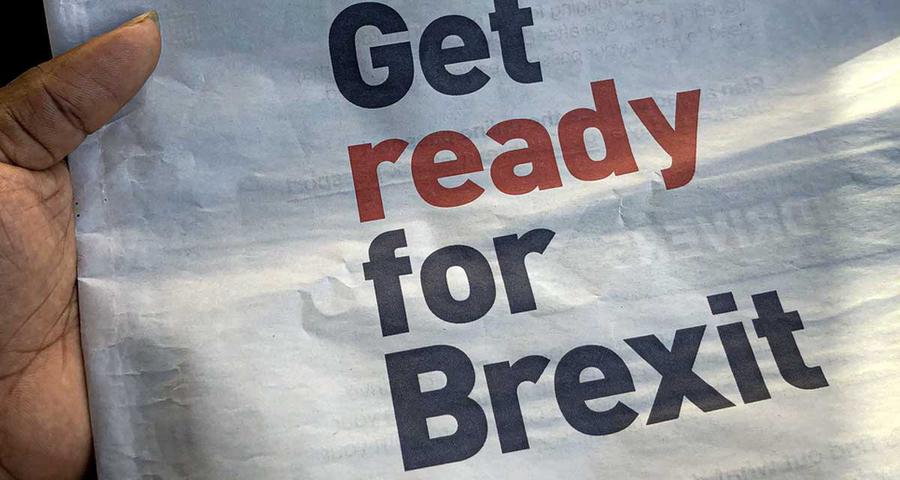 Britain's trade with the EU collapsed by more than a third in the first month of 2021 following the end of the Brexit transition period, according to new data from the Office for National Statistics.

The Office for National Statistics said on Friday that in January, after the Brexit transition period ended, UK goods exports to the EU fell 40.7 per cent on the month and imports fell 28, 8 percent, the biggest drop since comparable records began in 1997.

Britain's goods exports to the EU fell 38 percent in January compared to the same month in 2020. UK goods imports from the EU fell 16 percent.

Trade figures outshined relatively favorable data for the UK economy as a whole, which contracted 2.9% in January compared to December. This was the biggest drop in monthly gross domestic product since spring 2020, but considerably less than economists' expectations of a 4.9 percent drop.

This is consistent with the fact that Britain has yet to impose controls on the import of goods, said Thomas Sampson, associate professor of economics at the London School of Economics.

The biggest drop in UK goods exports to the EU hit the food and live animal sector, falling by more than half to 54 percent. The blow was not surprising, Sampson said, as those sectors faced full sanitary and phytosanitary controls at the EU border and some products are now restricted.

As for imports, the biggest drops were in the automotive and pharmaceutical sectors, the ONS said. In the broader economy, the volume of production of goods and services produced in the UK was 9% lower than in February 2020, before the first Covid-19 lockdown, exposing the economic impact of almost a year of the pandemic.

By contrast, the healthcare sector made a large contribution to growth in January 2021, with an 8.7 percent increase, mainly through coronavirus testing and tracing and vaccine schedules across the UK.

Factories remained open, but manufacturing output fell 2.3 percent over the same period, the first contraction since April, "driven largely by a drop in exports," the ONS said.