Virgin Atlantic - Back in the US, and With a New Sustainable Fuel Supply 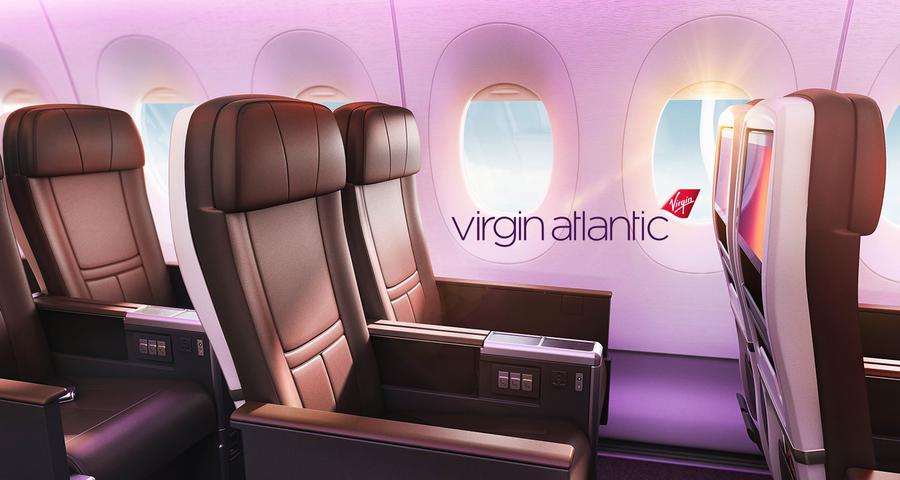 The Airline of Choice Across the Atlantic

Following renewed customer confidence and a strong uptick in bookings, which are up 50% year on year, Virgin Atlantic has decided to reinstate its full portfolio of US destinations for the first time since the beginning of the pandemic. The airline has added frequencies and reintroduced services to key US gateways, in order to reaffirm its position as the airline of choice across the Atlantic.

Flights to Seattle and Washington DC have been added, with services to New York, San Francisco and Atlanta also increasing. In April, a third daily service to Los Angeles was added, meaning that Virgin Atlantic now serves the Californian city more than any other airline. The carrier is also operating Orlando flights from its four UK gateways of Heathrow, Manchester, Edinburgh and Belfast, resulting in more flights from the UK to the theme park capital of the world than any of its competitors.

Flights to Seattle from London Heathrow are now departing five times weekly. As home to Microsoft, Amazon and Boeing, Seattle is one of the fastest growing cities in the US, and something of a mecca for entrepreneurs and innovators. The airline operates its 787-9 to Seattle, with its famous on-board bar and top of the range in-flight entertainment.

The London Heathrow to Washington DC service is also operating five times a week on an Airbus A330, providing vital connectivity between the two nations’ capital cities and re-establishing links for both business and leisure travelers alike. Virgin Atlantic has also announced its first new US route since 2015, to Austin, Texas, operating four times weekly.

A Return to the Heartland

Juha Jarvinen, Chief Commercial Officer at Virgin Atlantic, commented: “Following the relaxation of travel restrictions, we’ve seen demand increase to many of our global destinations, but particularly to our heartland in the USA. Our customers can’t wait to return. The restart of our Seattle and Washington DC services mark an important milestone, as we move into recovery and welcome our customers back on board to all the destinations they’ve missed.  We’re simply not Virgin without the Atlantic and our growing transatlantic portfolio demonstrates why we’re the airline of choice to the USA.”

To help customers book with confidence, Virgin Atlantic has extended its policy of unlimited free date and flight changes for new bookings, which allows further flexibility to customers making travel plans. The updated flexible booking policy enables Virgin Atlantic customers making a new holiday or flight-only booking for travel up to 31 December 2022, to make as many changes as necessary to their travel dates, origin or destination, with the change fees waived, as well as one free name change.

The reinstatement of the US portfolio is not the only good news for Virgin Atlantic. The carrier recently announced a deal with Neste, a Finnish company that creates solutions for combating climate change and accelerating a shift to a circular economy. The deal secured a UK supply of 2.5 million liters (or 2,000 metric tonnes) of neat Sustainable Aviation Fuel (SAF), to be delivered to London Heathrow.

The supply is an important step towards the airline’s target of 10% SAF by 2030. The agreement forms part of a wider collaboration between Virgin Atlantic, one of the world’s most fuel-efficient long-haul airlines and Neste, the world’s leading provider of SAF, to increase the availability and use of SAF in the UK.

Neste MY Sustainable Aviation Fuel™ is made from sustainably sourced, renewable waste and residue raw materials. In its neat form, it can reduce greenhouse gas emissions by up to 80% of life cycle, compared to traditional fossil jet fuel.

Virgin Atlantic and Neste are supported by ExxonMobil’s expertise in the supply and distribution of jet fuel to manage this delivery of SAF into the UK. ExxonMobil is Virgin Atlantic’s largest fuel supplier at London Heathrow.

Virgin Atlantic has positioned itself as a sustainability leader for more than a decade, and has committed to achieving net zero by 2050. Today, 100% of its fleet is twin engine and 70% next generation, making it one of the youngest and most fuel-efficient airlines in the skies. This follows a multi-billion-dollar fleet renewal programme that has already delivered a 20% reduction in carbon emissions between 2007 and 2019.

Holly Boyd-Boland, VP Corporate Development, Virgin Atlantic said: “After fleet renewal, SAF represents the greatest opportunity to decarbonise aviation in the short to medium term. This supply is the beginning of commercial SAF at scale for Virgin Atlantic. To meet our 10% SAF target in 2030 we need to deliver this volume more than seventy times over, requiring cross-industry and Government action to support commercialisation of SAF at scale, particularly in the UK. We will continue to work closely with Neste and ExxonMobil, as well as wider industry partners, to find innovative solutions to achieve this goal.”

With the boost to its transatlantic business, and its continuing commitment to meet sustainability goals as evidenced by the Neste deal, Virgin Atlantic has shown the adaptability and innovation that has marked it out from other carriers since the beginning. As the airline approaches its 40th year in business, it would appear that the sky is the limit.