Wave of protests in Latin America 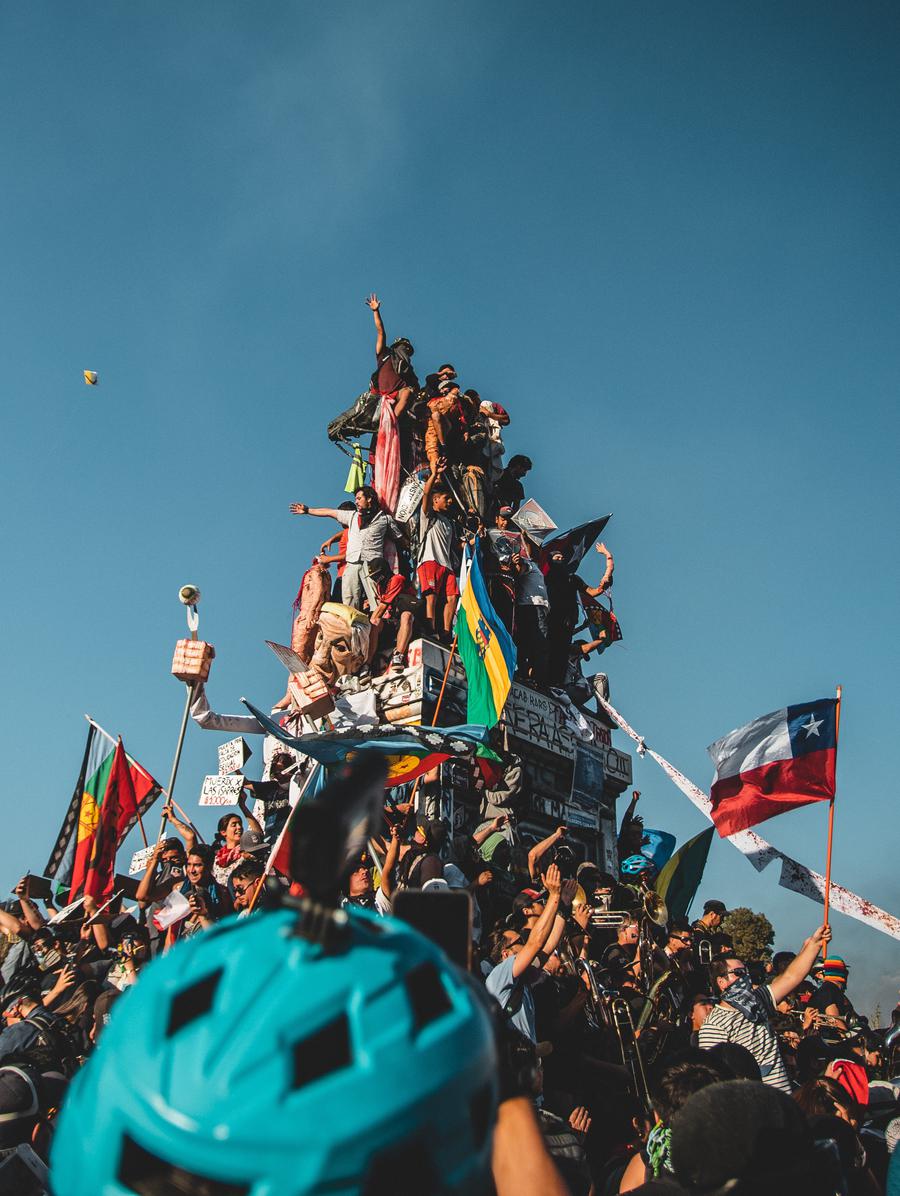 Latin America is experiencing an unprecedented wave of protests, they have emerged as a domino effect that has made people take to the streets in different countries of the region.

The economic insertion model is one of the reasons why protests are taking place almost simultaneously in Ecuador, Colombia, Chile and Bolivia. Deep mistrust and discontent with numerous government policies has helped sustain the mobilization.

An important element in common to understand this moment is the poor performance of the regional economy in recent years.

The latest regional report from the International Monetary Fund states that ''Growth in Latin America and the Caribbean (LAC) has slowed from 1.0 percent in 2018 to 0.2 percent in 2019," the report continues to highlight factors as "slow global growth, moderate commodity prices and volatile capital flows."

During the last six years, the real growth of the Latin American economy has averaged only 0.8% of GDP. But if you look at population growth, that has effectively translated into a reduction in GDP per capita.

According to the latest report from the Economic Commission for Latin America, ECLAC, this year poverty will increase from 30.1% to 30.8% and extreme poverty from 10.7% to 11.5%, to add 72 million extreme poor people.

Let's analyze the factors that have marked these conflicts, important to notice that each country has had a trigger.

The country could be considered the starting point of the protests in the region. The president Lenin Moreno and his Government announced a set of new economic measures based on cuts in public subsidies. The measure that mobilized most Ecuadorians was the cut in fuel subsidies, which would raise their price by 123%. Moreno had made the decision after an agreement signed with the IMF, in which he promised to carry out a series of measures for which he would obtain 4,209 million dollars and the State would save 1,400 million dollars per year.

A state of emergency and a curfew were declared, which made the protests more violent. The indigenous group of Ecuador CONAIE began negotiations with the government, which worked and made the president repeal Decree 833 to eliminate subsidies.

After Ecuador, Chile was the second country to join the protests. The main reason for the crisis in Chile was the increase in the price of subway tickets, from 30 Chilean pesos to 830 pesos. Students called for demonstrations and encouraged people to sneak into the subway. A few days later, the Chilean Executive sent the army and decreed a state of emergency in the country.

The state of emergency did not succeed, and the protests evolved. The population began to ask for social improvements and the reform of the Constitution from the time of the dictator Augusto Pinochet (1980).

President Piñera then announced a reform of the Constitution through a plebiscite in April 2020 and a New Social Agenda. However, protests in the country continue, in part due to political mismanagement, inefficiency and police brutality.  According to the Chilean Prosecutor's Office, at least 23 people have died since the mobilizations began.

In Bolivia it was another factor that sparked the protests. It all started with the presidential elections. After the first round of the presidential elections, Evo Morales proclaimed himself the winner. In order to avoid a second round, he had to get ten points out of the second candidate. He was far from reaching this points, for a couple of hours the system fell, when it was back Morales was winning by those ten points. The opposition, led by Carlos Mesa, said it did not recognize the results, called for a recount, and called on its supporters to concentrate.

After daily demonstrations, Evo Morales called for an "open dialogue" with the opposition parties (which they rejected almost immediately). Then he called for elections and, denouncing an illegal arrest warrant against him and pressure from the army and the political opposition, he resigned and went into exile to Mexico.

In 2020, new elections are expected for the country to elect the president, vice president, deputies and senators.

It all started with a major national strike on November 21 whose objective was to demand a change from the conservative government of Iván Duque and make deep reforms in the fields of education, health, environment and security. In addition, they called for mobilization due to the increase in murders of social leaders and the great increase in corruption. The death of a protester by the shooting of a policeman marked a before and after in the protests.

It may seem that the Latin American protests are over, but this is far from true. These can be re-triggered and replicated at any time.