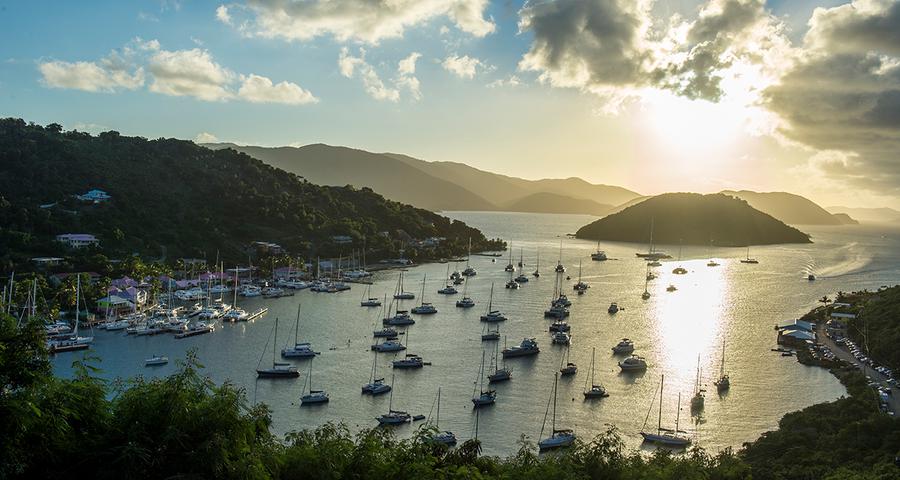 Standfirst: The British Virgin Islands (BVI) continues to reinforce and enhance its position as one of the world’s most respected global financial centres and a hub for cross border investment and trade. Despite facing some of its toughest challenges in recent years, the BVI has maintained its policy of international collaboration to ensure it meets the highest global standards. Its prominence has been recognised and further validated by the numerous accolades received from independent bodies.

During 2020, BVI firms acted on over $5 billion of global transactions, from Initial Public Offerings (IPOs) to complex debt restructurings with revenue and incorporation numbers only slightly below those of 2019. Growth has accelerated in the first quarter of 2021, with strong expectations that 2020’s numbers will be exceeded by the close of this year.

These are admirable accolades, but even more remarkable when considering the significant challenges that the BVI has overcome in recent years. Even through the devastation caused by Hurricane Irma in 2017 and the ongoing impact of the global COVID-19 pandemic, the BVI’s financial services industry has remained agile and resilient, ensuring that the BVI has kept its position as a key hub for global investment and trade.

A vital intermediary in the global economy

The BVI’s role as a neutral intermediary cannot be overstated. Clients can swiftly set up a new BVI structure that is globally recognised and accepted for international business.  Many such clients are from emerging markets and economies, and it can be helpful for them to use a neutral jurisdiction, particularly at a time of international tension. Such structures assist to provide economic stability and monetary benefits. In Asia, for example, some 75 per cent of Hong Kong’s Hang Seng Index consists of companies with direct linkages to the BVI. The BVI’s tax neutrality provides important economic advantages, though the benefits of zero per cent corporate income tax are often misunderstood by the general public.

The sums involved are not trivial. At a global level, independent research conducted in 2017 by Capital Economics, showed that the BVI mediates more than US$1.5 trillion of investment globally and contributes over US$15 billion in tax revenues annually to governments around the world. The BVI has earned its reputation as a truly global centre, with a strong presence in markets across the globe. Key markets including China and the rest of Asia, for example, are responsible for more than 40 percent of the investment mediated through the BVI.  Latin America is another key market, with over US$114 billion of outward investment stock mediated through the BVI creating 330,000 jobs and US$0.9 billion in tax benefits in the Latin American region. As for the United Kingdom and Europe combined, the BVI is responsible for 440,000 jobs and US$8.1 billion in tax benefits. The Overseas Development Institute (ODI) estimates international finance centres such as the BVI galvanized US$1.6 trillion of additional finance to developing countries in the last decade.

Staying ahead of global regulatory standards

In an increasingly complex regulatory landscape, the BVI has remained steadfast in its commitment to remain current with the latest global standards through collaboration with international organisations, governments, and regulators.

The BVI is held to the highest standards of financial integrity. It adheres to both the OECD’s Common Reporting Standard (CRS) and the US Foreign Accounts Tax Compliance Act (FATCA) for the automatic exchange of tax information.

A long-serving member of the OECD’s Global Forum on Tax and Exchange of Information and the Financial Action Task Force (FATF), the BVI also participates in other respected international financial regulatory forums, including the Financial Stability Board, as well as the International Organisation of Securities Commissions (IOSCO) and the Egmont Group of Financial Intelligence Units.

A key example of the BVI’s progressive approach can be seen with the introduction of the Beneficial Ownership Secure Search system (BOSSs) in 2017.  The cutting-edge electronic search engine has provided the relevant BVI Authorities with a searchable database that provides information on BVI Companies and their beneficial owners. The BVI’s BOSS system has been lauded by global law enforcement authorities, such as the UK’s National Crime Agency (NCA), and has made vital contributions to the global fight against financial and economic crime. It was integral to disclosing information that warranted the UK's first Unexplained Wealth Order (UWO), obtained by the NCA in 2018. The BVI currently shares information with more than 200 countries around the world.

Regulations remain ever evolving in response to new risks or emerging products such as cryptocurrencies and initial coin offerings. As a result, the landscape is getting more complex, but in the face of shifting global regulations, the BVI has retained its agility and adaptability, keeping up to date with the latest changes and ensuring compliance.

The launch of BVI’s Fintech Regulatory Sandbox stands as another example of this innovative approach. The Sandbox was launched in 2020 as a solution for fintech businesses to conduct live testing, identify areas for improvement and assess whether a new financial product or service complies with legal and regulatory requirements. As well as being an effective light-touch regulatory regime, such initiatives are helping to drive innovation, and contributing towards the development of a strong and entrepreneurial talent pool.

The essential attributes of the BVI financial services industry have imbued its firms and representatives with great agility and resourcefulness in overcoming an array of challenges in recent times. In 2021, the BVI stands as one of the most competitive and respected international financial services centres and is leading a new era of global growth. Underpinning this is the BVI’s unique position as a stable and secure jurisdiction facilitating cross border economic collaboration and investment, which crucially, is safeguarded by an ongoing commitment to the highest global standards.